Scientists have discovered what could be the world's oldest forest, potentially rich in information on the link between forests and climate change, according to a study published Thursday in the journal Current Biology. 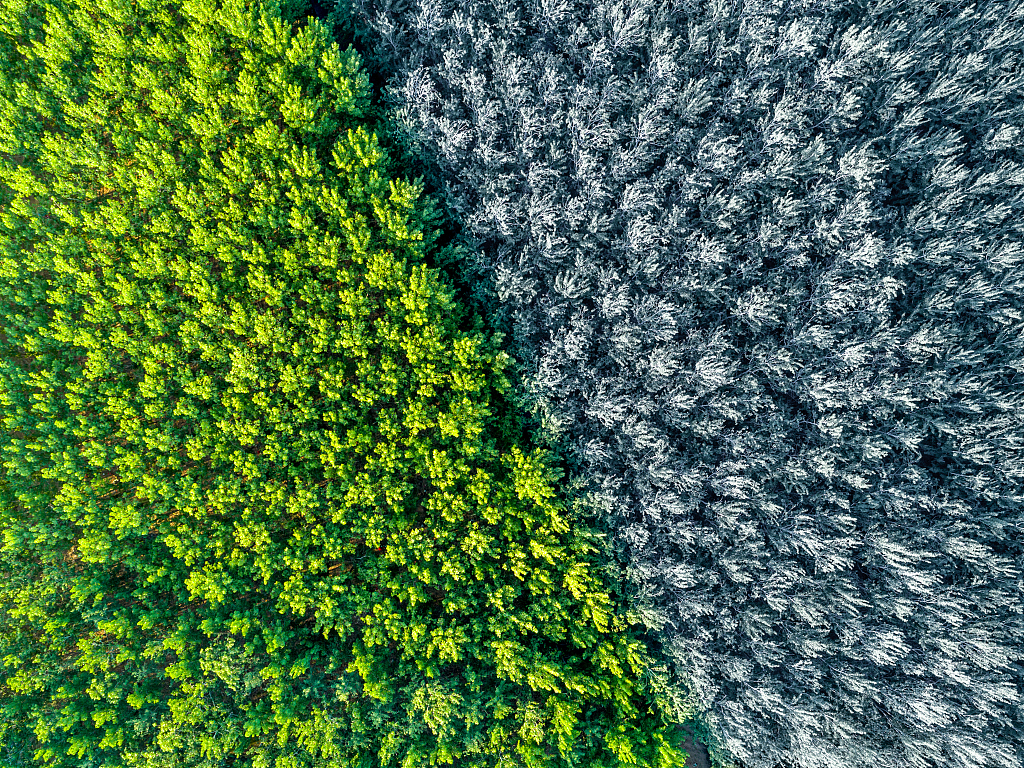 The study might help understand the relationship today between climate change and deforestation. (Photo: CGTN)

The title of world's oldest fossil forest had previously been given to a site in Gilboa, in the Catskills region of upstate New York, dating back about 385 million years.

The new site is an old quarry in the same region, just 25 miles (40 kilometers) further east, near the town of Cairo.

After 10 years of samples and studies, an international team of 11 scientists concluded the quarry had once housed a forest 2 to 3 million years older and more varied in types of trees.

As at Gilboa, scientists found traces of the primitive tree type "Eospermatopteris." Somewhat similar to a palm tree, it has a thick bottom and crown of branches at the top, though no leaves.

But at the new site, they also found trees from the "Archaeopteris" type.

The "Archaeopteris" has "much more modern" characteristics, with leaves and root systems comparable to a spruce or pine, explained William Stein, one of the study authors and a biology professor at Binghamton University in New York.

Those trees could help understand how forests modernized, at a time when carbon dioxide levels in the atmosphere were getting lower and temperatures were dropping, Stein told AFP.

By studying the cooling process, it could be possible to better understand the relationship today between climate warming and deforestation, since it may be a similar process in reverse, he said.