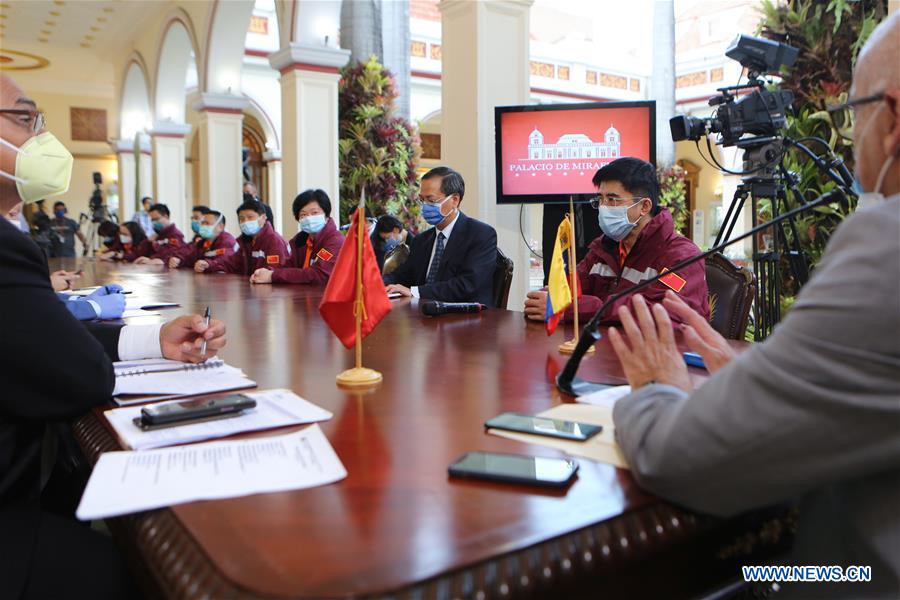 Chinese medical and technical experts share their experience with their Venezuelan counterparts in Caracas, Venezuela, April 1, 2020. Chinese and Venezuelan experts gathered in Caracas on Wednesday to assess diagnostic procedures to bolster Venezuela's capacity to tackle the COVID-19 epidemic. (Photo: Xinhua)

Denouncing some politicians and media outlets accusations of COVID-19 as the“China virus”, virologists around the globe stressed that the real origin of the lethal virus remains unknown, while such name-calling may lead to further racial discrimination, dampening the impartial study of the virus.

Pressed for time, the rapid escalation and global spread of infection has reached almost every country, territory and area, with exponential growth in the number of new cases. According to WHO’s report on April 1, in the next few days 1 million confirmed cases and 50 thousand deaths are expected.

The rapid spread of the virus worldwide has stirred up conspiracy and prejudice against China, where the virus was first reported, with many governmental officials and major media outlets calling the virus “China virus,” despite the origin of the virus still unclear.

The stigmatization of China and relating Chinese to the virus has already led to severe consequences. Xenophobic incidents toward the Asian community are happening far too often in the wake of COVID-19, while San Francisco State University's Asian American Studies Department's latest study shows in a four-week period there was a 50% increase in discrimination in news related to the coronavirus, totaling 140-stories by week four.

“Viruses know no borders and they don’t care about your ethnicity, the color of your skin or how much money you have in the bank. It’s really important we be careful in the language we use lest it lead to the profiling of individuals associated with the virus,” said Mike Ryan, the executive director of WHO’s emergencies program. 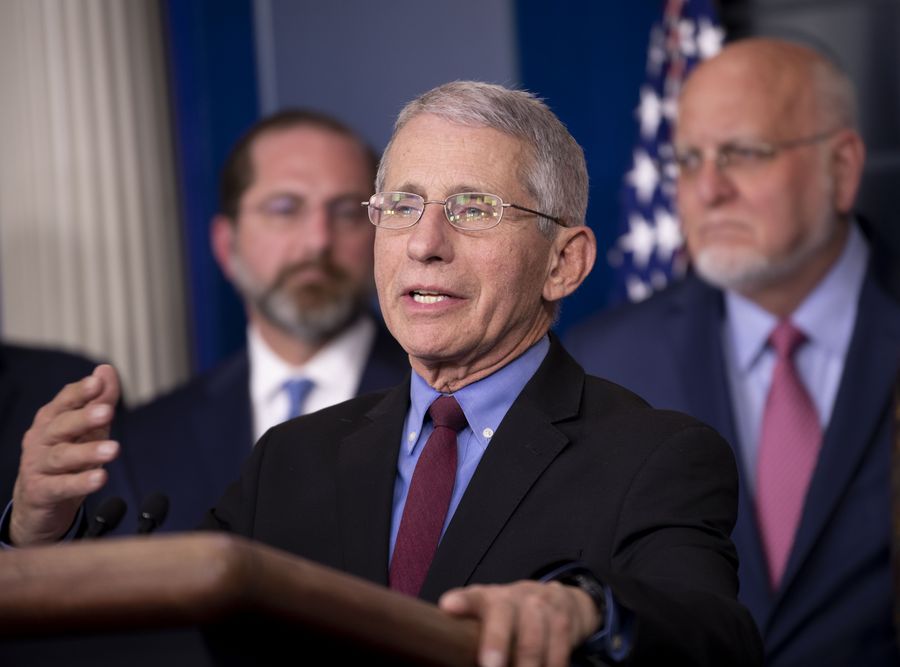 Anthony Fauci (front), director of the U.S. National Institute of Allergy and Infectious Diseases (NIAID), attends a press conference on the COVID-19 at the White House in Washington D.C. March 9, 2020. He told Science magazine that he has never called and would never call COVID-19 a "China virus." (Photo: Xinhua)

Though the outbreak of COVID-19 was first reported in a fish market in Wuhan, Hubei province in December, experts noted that the real origin of the virus remains unconfirmed, with possibilities the virus may developed elsewhere way before the Wuhan outbreak.

According to Reuters’ report on March 26, Italian researchers are looking at whether a higher than usual number of cases of severe pneumonia and flu in Lombardy, in the last quarter of 2019, may be a signal that the new coronavirus might have spread beyond China earlier than previously thought.

“We want to know if the virus was already here in Italy at the end of 2019, and - if yes - why it remained undetected for a relatively long period so that we could have a clearer picture in case we have to face a second wave of the epidemic,” Adriano Decarli, an epidemiologist and medical statistics professor at the University of Milan, told Reuters.

According to Decarli, there was a “significant” increase in the number of people hospitalized for pneumonia and flu in the areas of Milan and Lodi between October and December of last year.

Echoing Decarli, Chinese scientists have also proposed a hypothesis that the virus may have started to spread beyond China earlier than December. According to South China Morning Post’s report in February, researchers from Xishuangbanna Tropical Botanical Garden, under the Chinese Academy of Sciences and the Chinese Institute for Brain Research, sequenced the genomic data of 93 COVID-19 samples provided by 12 countries in a bid to track down the source of the infection, concluding the virus was instead imported from outside the fish market.

During an interview with ABC News in March, Dr. Robert Garry, a professor at the Tulane University School of Medicine and one of the authors of the study, noted that the pandemic may have been triggered by a mutation in surface proteins of the virus. It's also possible that a less severe version of the illness was circulating through the population for years, perhaps even decades, before escalating to this point.

While many believe the virus originated at a fish market in Wuhan, China, Garry said that is also a misconception.

"Our analyses, and others too, point to an earlier origin than that," Garry said. "There were definitely cases there, but that wasn’t the origin of the virus."

In addition to announcing the real birthplace of the virus is still unclear, scientists have also denounced the conspiracy that the virus was man-made in Chinese labs. According to a paper published in the scientific journal Nature Medicine in March, COVID-19 is not a laboratory construct or a purposefully manipulated virus, with the researchers concluding “we do not believe that any type of laboratory-based scenario is plausible.”

Such conclusion is also backed by data from Scripps Research Institute on March 17, an American medical research facility that focuses on biomedical science. The research reiterated that COVID-19 coronavirus epidemic has a natural origin and no evidence shows that the virus was made in a laboratory or otherwise engineered.”