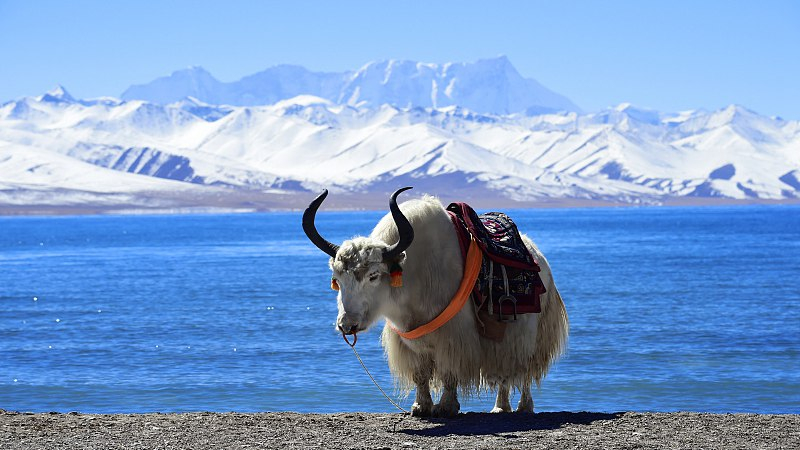 Chinese scientists warned that the melting glaciers in the Qinghai-Tibet Plateau will cause a reduced water supply in coming decades. (Photo: VCG )

Chinese scientists have warned that the melting glaciers in the Qinghai-Tibet Plateau, known as the world's Third Pole, will cause a reduced water supply in coming decades, affecting billions of people downstream.

The plateau, with tens of thousands of glaciers, boasts the headwaters of Asia's 10 largest rivers, including the Yangtze, Yellow, Indus, Yarlung Zangbo and Syr Darya rivers, which provide water for three billion people across Asia.

By 2060 to 2070, rising temperatures due to climate change will lead to ever-stronger glacier retreat on the plateau, and rivers fed by the seasonal melting will provide less freshwater, said Yao Tandong, an award-winning glaciologist and director of the Institute of Tibetan Plateau Research with the Chinese Academy of Sciences.

A team of scientists led by Yao completed a research mission to the plateau in September. They found that from 1960 to 2012, temperature hikes in the polar region reached a staggering 0.3 to 0.4 degrees Celsius per decade, over twice that of the global average, and the glacier lost 15 percent of its mass.

Though the glacier melting on the hotter plateau has not caused less river flow but created more water so far, it has resulted in ice avalanches, floods and other risks in the region.

In 2016, two glaciers collapsed and ravaged meadows, causing a lake tsunami which killed nine herders and hundreds of livestock at Aru village in Ngari Prefecture of the Tibet Autonomous Region.

Another glacier collapsed in October at the Yarlung Zangbo River in Tibet, blocking the river and forming a barrier lake. The backwater even destroyed a bridge over the river.

In October, 16 Chinese research institutions launched a project on the environmental study of the Pan-Third Pole, a 20-million-square-kilometer region encompassing the Eurasian highlands.

Researchers will build an unprecedentedly integrated observation network with advanced facilities in air and space, such as polar-orbiting satellites, remote sensing aircraft and unmanned aerial vehicles.

The project will provide support and management strategies for pushing forward the ecological protection of the plateau.

Yao also called for joint efforts with neighboring countries in scientific research "to explore pathways for sustainable development of the polar region."