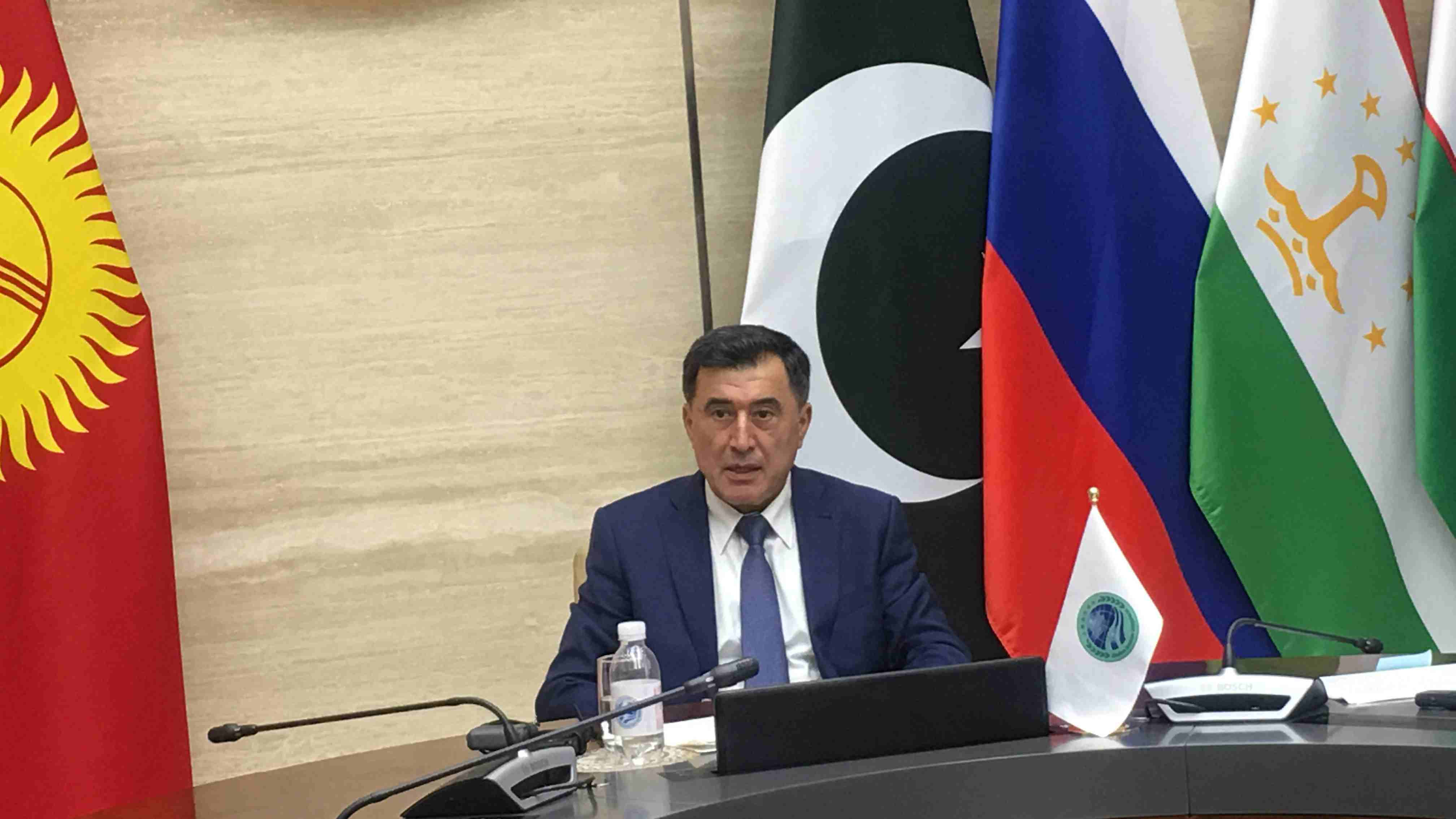 The Summit of the Shanghai Cooperation Organization 2019 (SCO) will be held in Bishkek, Kyrgyzstan in mid-June. Leaders of eight member countries will gather to address security and other topics. SCO Secretary General Vladimir Norov said that terrorist threats would be one of the main points on the leaders' meeting's agenda.

"We'll discuss some hot international and regional issues, as well as topics related to peace and stability for SCO countries and the region. We'll also discuss how to facilitate trade, culture, and people to people communication. Some documents were prepared by previous conferences of experts and foreign ministers. They'll be handed over to leaders for signing," Novrov told CGTN in an interview in Beijing.

"During the Kyrgystan's session, they prepared a roadmap for the development of interaction between the SCO with observers and dialogue partners. India and Pakistan's joining of this group has significantly increased the SCO's authority, many countries now want to become observers or dialogue partners", he added.

Security issues will top the agenda as always, Norov noted.

"Terrorist nests in the Middle East have been destroyed, so many terrorists returned to their own countries or third countries, including Afghanistan. They spread terrorism information via the internet, and that's a very serious problem. Recently the SCO's dialogue partner Sri Lanka suffered terrorist attacks, so certainly leaders of SCO countries are very concerned about these problems."

He said fighting against the three evil forces, namely terrorism, separatism and extremism is highlighted by SCO documents.

"47 percent of (above-mentioned problems) were related to security. So during the upcoming summit, security will be a prioritized focus of leaders. They will decide about the future working direction in this area", he added.

SCO members have also agreed to connect the Belt and Road Initiative (BRI) to each country's development plan. "Central Asian countries are also considering connecting their own development plans with the BRI, because it gives them a chance to become major transportation hubs. They don't have access to open seas. The BRI's implementation gives them chances to build ports, and provides an opportunity for our mutual development", Novrov said.

"A majority of SCO members agree with this initiative. It meets totally well with SCO's purpose, missions and principles. China and Russia signed a document to link the BRI to its own regional initiative—the Eurasian Economic Union, providing conditions for building a broad transportation corridor to facilitate trade along it," he added.