WORLD Scope of CPEC to be enhanced in 2nd phase: Pakistani official

Scope of CPEC to be enhanced in 2nd phase: Pakistani official 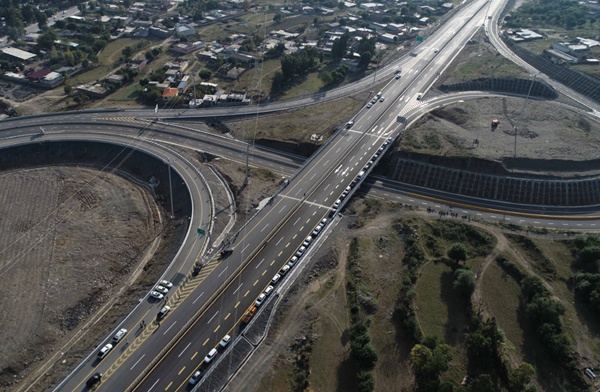 The expressway section of the Karakorum Highway (KKH) project phase two is inaugurated in Havelian in northwestern Pakistan on Nov 18, 2019. (File photo: Xinhua)

ISLAMABAD, April 9 (Xinhua) -- The China-Pakistan Economic Corridor (CPEC) is making a steady progress, and its scope will be further enhanced in the second phase, the chairman of the CPEC Authority in Pakistan has said.

The industrial development, agriculture, food security, science and technology, and tourism will be the major sectors in the second phase of the multi-billion-dollar project, Chairman Asim Saleem Bajwa said in a tweet on Wednesday.

Many projects focusing on infrastructure and energy sectors in the first phase of CPEC have been completed and are already operational, and work on the second phase is underway.

Talking to Xinhua, Vaqar Ahmed, joint executive director at the Sustainable Development Policy Institute, an Islamabad-based think tank, said that the foreign direct investment by Chinese companies in the special economic zones under CPEC, is expected to be the major contributor to the uplift of Pakistan's economy in the post COVID-19 scenario.

The process of formation of joint ventures between the private sectors of the both countries has already been initiated, and will get a further boost when things got back to normal after the disease is defeated.