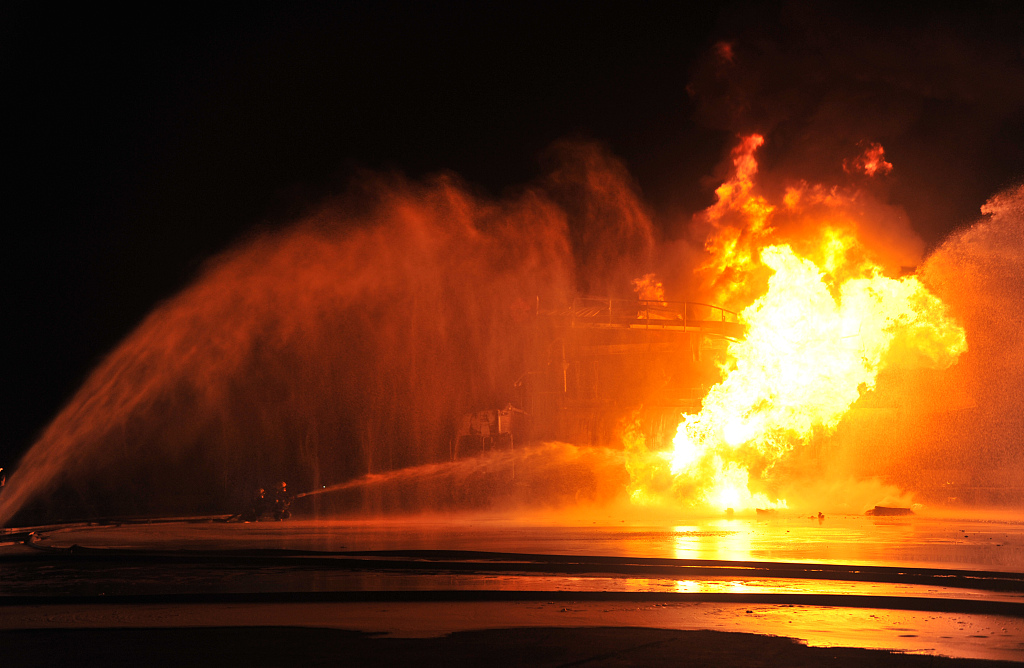 Scores of people are feared dead after a fuel tanker exploded in the western Ugandan district of Rubirizi on Sunday, a police spokesperson said.

Marshal Tumusiime, Great Bushenyi regional police spokesperson, told Xinhua by telephone that the explosion occurred after the petrol tanker overturned, exploded and burst into flames at Kyambura trading center, along the Kasese-Mbarara Highway.

"The driver of that motor vehicle which was carrying fuel failed to control it. It overturned and exploded into flames after it caught fire used for roasting cassava and meat in the trading center," Tumusiime said.

"The fire gutted all the shops, vehicles and motorcycles parked there. I am told a number of people got burnt completely. We are yet to get the exact number who died and number of causalities," he said.

He said the police have deployed a fire brigade truck from Bushenyi to try to put off the fire and an ambulance for evacuation.

Nearly 90 people were killed in neighboring Tanzania on Aug. 10 after a petrol tanker exploded in Morogoro region, about 200 km from the commercial capital Dar es Salaam.