Scores of people were injured Saturday as Israeli police fired water cannon and rubber bullets to disperse Palestinian protesters in annexed east Jerusalem, a day after fierce clashes at the city's Al-Aqsa mosque. 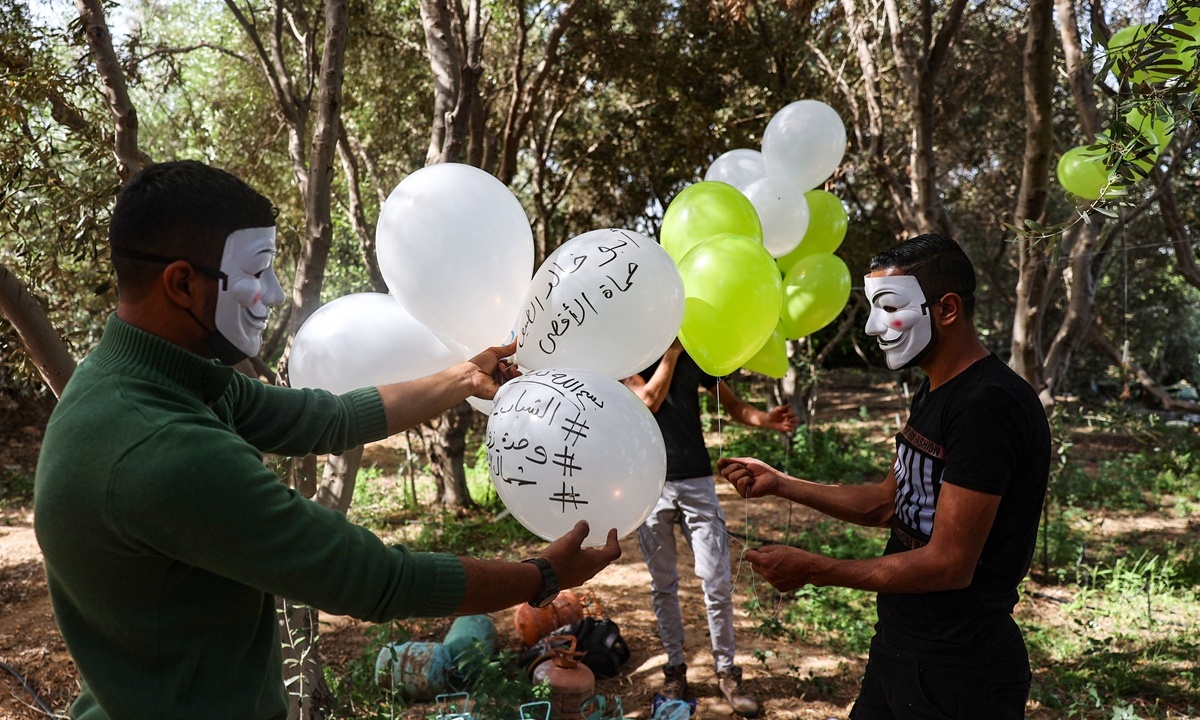 Masked Palestinian followers of the Hamas movement near Beit Lahia in the Gaza Strip, prepare to fly incendiary balloons across the northern border toward Israel, on May 8, 2021, a day after al-Quds (Jerusalem) Day. Photo: VCG

The fresh violence, a day after more than 200 people were wounded at the mosque, prompted international calls for an end to the violence.

Police said they dispersed the rally in the Sheikh Jarrah neighborhood where demonstrators had thrown stones at security forces. Officials said on Sunday a rocket had been fired from the Gaza Strip, with the Israel Defense Forces responding by striking a "military target" in the south. Earlier, officers had fired tear gas towards protesters on the border.

In Jerusalem, police said they made three arrests for attacks on officers, while Palestinians reported 13 other arrests earlier in the day.

The Palestinian Red Crescent reported 90 people were wounded in Saturday's clashes in Jerusalem, revising up their earlier estimate of 53.

"Israel is acting responsibly to ensure respect for law and order in Jerusalem while allowing freedom of worship," he said in a meeting of security officials.

The violence was the worst in years at Al-Aqsa.