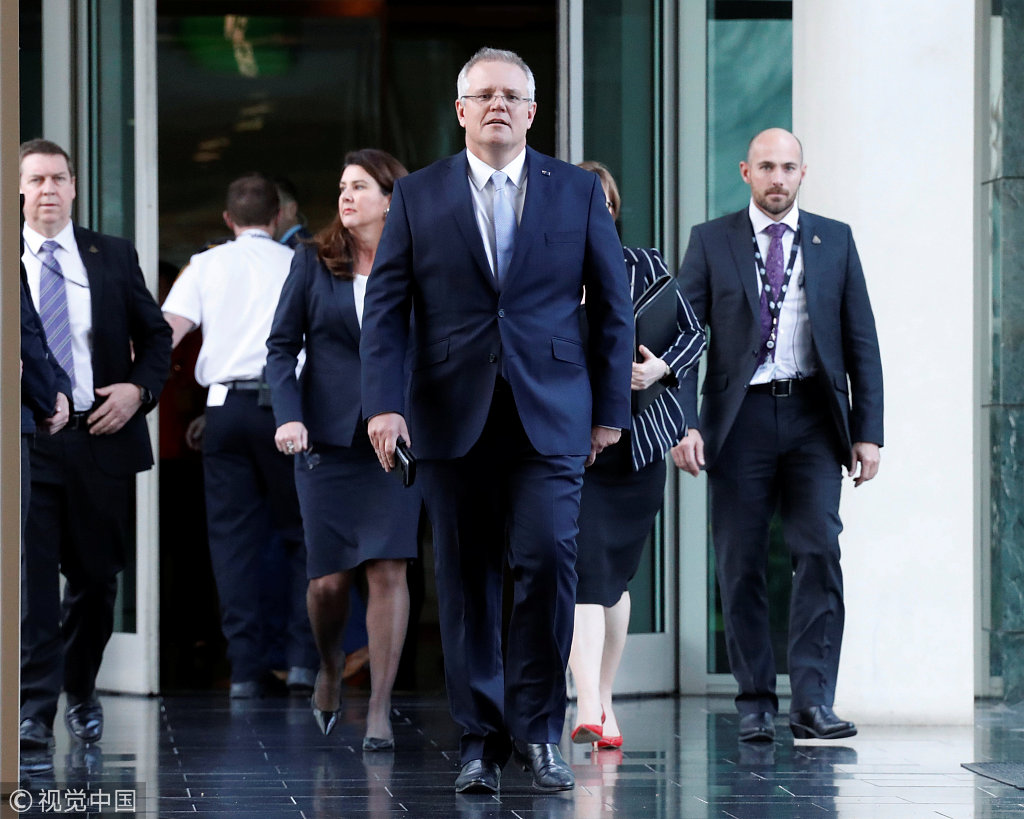 Foreign Minister Julie Bishop, another Turnbull backer, was also in the running but was eliminated in the first round of voting.

Josh Frydenberg, the environment and energy minister, was selected as deputy Liberal leader.

"In relation to the deputy's position, this was won in an overwhelming sense... by Josh Frydenberg."