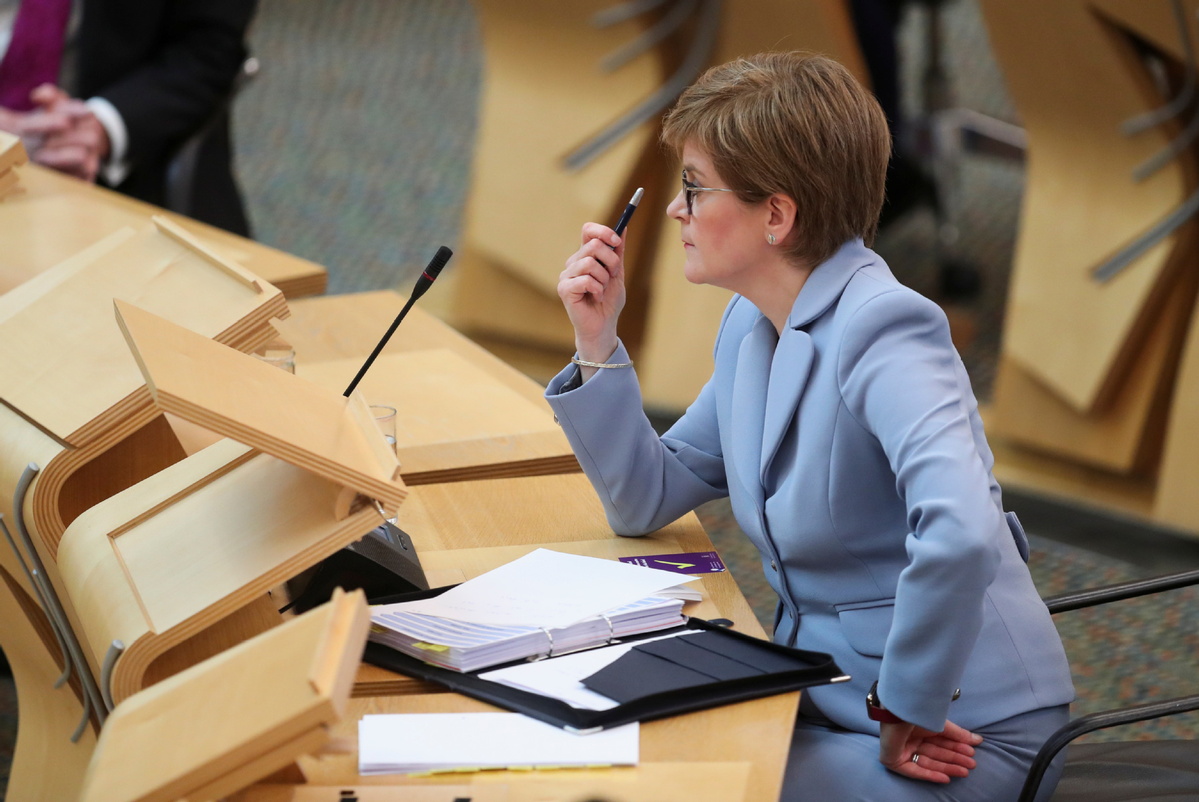 The Scottish National Party is in talks with the opposition Scottish Greens to form a majority in the nation's devolved Parliament that could bring a second independence referendum on separating from the United Kingdom closer.

First Minister Nicola Sturgeon told Scotland's Parliament, known as Holyrood, that a formal cooperation agreement had been discussed and that it was possible Green Party politicians could be given ministerial positions, though she did not indicate if any deal would entail a full coalition, the BBC reported.

The Scottish National Party, or SNP, won a fourth consecutive term in government in the Holyrood election on May 6, claiming 64 seats, which was one short of a majority.

By adding the seven seats the Scottish Greens secured, the leadership would have a clear majority to pass legislation to push ahead with plans for another referendum, which the SNP has said is its goal.

Sturgeon told members of Scottish Parliament: "I can confirm that the Scottish government and the Scottish Green Party will enter structured talks, supported by the civil service, with a view to reaching, if we can, a formal co-operation agreement.

"Exactly what the content, extent and scope of any agreement will be is what the talks will focus on, but what we hope to achieve is potentially groundbreaking."

The Financial Times noted that a ministerial position for a Green politician would be the first time a member of the party has held executive authority in any of the UK's governments.

Scotland's pro-independence newspaper The National reported that the Greens want North Sea oil and gas production to end within a decade, while the SNP seeks only "a gradual winding up" of the fossil fuel industry.

Sturgeon told Parliament: "In the coming weeks, we will seek to agree specific policy areas in which we would formally cooperate and, within each, identify the shared objectives and policy initiatives we would be agreeing to work together on."

Earlier this month, Britain's Prime Minister Boris Johnson dismissed calls for a second referendum, saying people in the UK feel it is "not the time" for such a vote as the country navigates its way out of the novel coronavirus pandemic.

Johnson said another vote on Scotland ending its 314-year union with England and Wales would be "reckless" and "irresponsible", Reuters reported.

In a 2014 Scottish referendum on independence, 55 percent backed the nation staying in the UK. On Wednesday, Sturgeon repeated her belief that the UK government had no legal right to block a second referendum. "To do so would suggest that the Tories no longer consider the UK to be a voluntary union of nations," she said. "And it would be profoundly undemocratic."