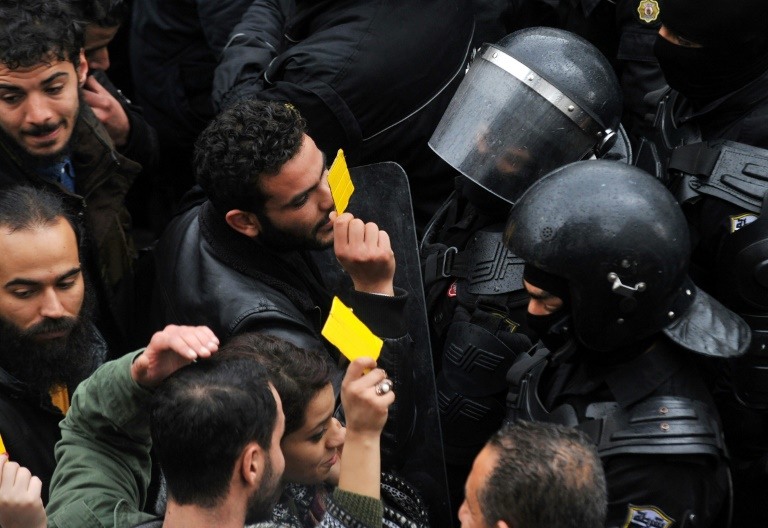 Fresh scuffles broke out Friday as hundreds of Tunisians took to the streets of the capital and coastal city of Sfax, waving yellow cards and demanding the government reverse austerity measures.

More than 200 young people rallied in Tunis following a call from the Fech Nestannew (What Are We Waiting For?) campaign for a major protest against the measures imposed at the start of the year.

They held up yellow cards, chanted slogans and scuffled with riot police as they marched on administrative offices in the capital.

"The people want the Finance Act repealed" and "The people are fed up with the new Trabelsi", they shouted, referring to the graft-tainted in-laws of ousted president Zine El Abidine Ben Ali.

"We believe that dialogue and reforms are still possible," said Henda Chennaoui of the Fech Nestannew campaign.

"We've got the same demands we've been seeking for years -- to tackle real problems like the economic crisis and the high cost of living," she told AFP.

Tunisian protesters wave yellow cards and shout slogans outside the governorate's offices in Tunis during a demonstration over price hikes and austerity measures on January 12, 2018. Photo: AFP/Sofiene Hamdaoui

In Sfax, about 200 kilometres (125 miles) south of Tunis, around 200 people vented their anger over rising prices, an AFP correspondent reported.

"The people's money is in the palaces, and the children of the people are in the prisons," read one placard.

Tunisian authorities said Friday the number of people detained in the wave of violent protests had risen to nearly 800, after a provincial town was hit by a night of unrest over the austerity measures.

An AFP correspondent in the northern town of Siliana said police fired tear gas at dozens of youths who pelted them with stones during skirmishes that lasted around three hours overnight.

Interior ministry spokesman Khalifa Chibani said 151 people were arrested Thursday, taking the number detained for alleged involvement in the violence to 778 after several nights of unrest.

Chibani said clashes between youths and police were "limited" and "not serious", and insisted no acts of violence, theft or looting were recorded Thursday evening. 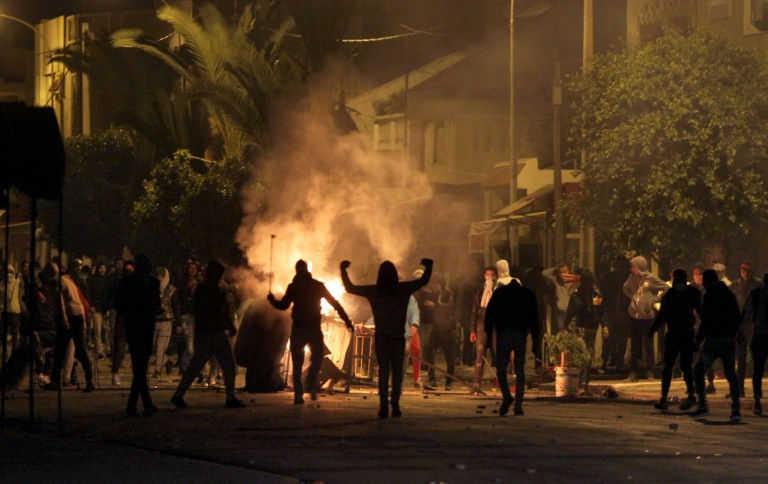 "Tunisian security forces must refrain from using excessive force and end their use of intimidation tactics against peaceful demonstrators," the watchdog said.

One man died in the unrest on Monday night, but the authorities have insisted the police were not responsible for this.

A number of left-wing activists have been arrested by the authorities in recent days, after officials accused them of fuelling the violence.

Several dozen members of the Popular Front party demonstrated Friday in front of a court in the town of Gafsa after the arrest of several local activists, an AFP correspondent said.