The search for two crew members of a dredging boat who went missing following an explosion last week in the Port of Corpus Christi in Texas has been ended, the U.S. Coast Guard announced. 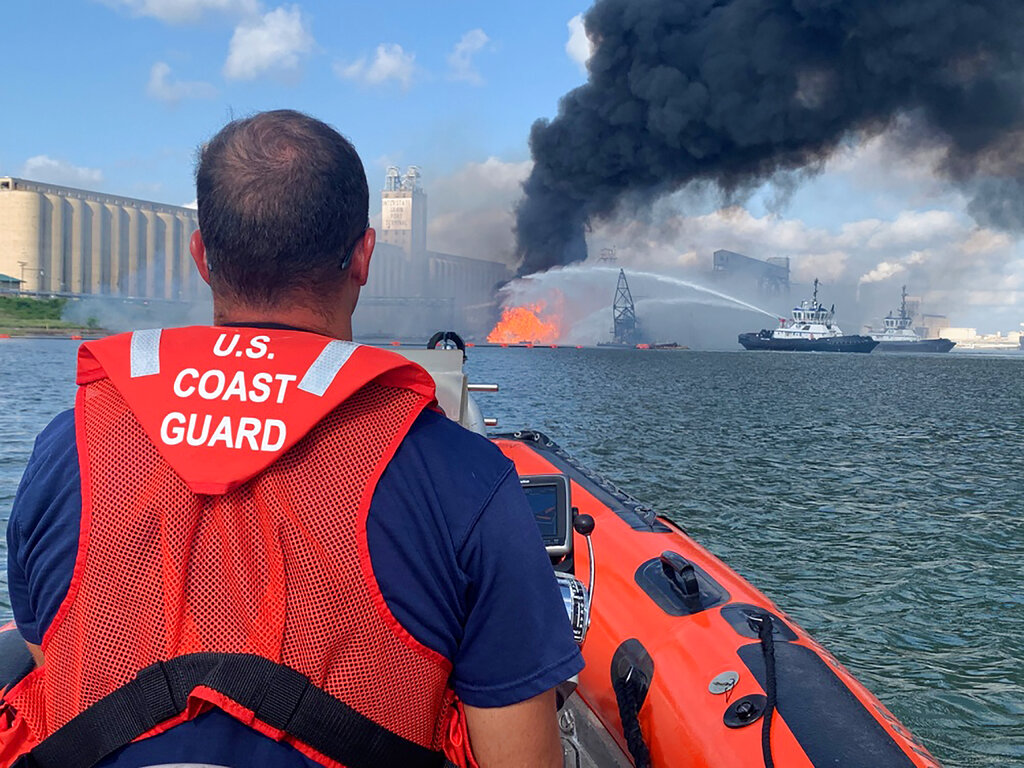 The end of the search was announced late Saturday night, a few hours after the Coast Guard said the bodies of two other crew members of the dredging vessel Waymon L Boyd had been found.

“Our Coast Guard crews worked intently alongside state and local partners to locate the two crew members who remained missing, but unfortunately, we were unable to locate them,” said Capt. Edward Gaynor, commander, Coast Guard Sector/Air Station Corpus Christi. “The decision to suspend a search is never easy and a lot of factors are considered before suspending a search. We extend our heartfelt condolences to the friends and families of the missing crew members during this difficult time.”

The explosion happened at about 8 a.m. Friday when the vessel struck a submerged pipeline, according to the Coast Guard. Port of Corpus Christi officials said it was a propane pipeline.

The cause is still being investigated, officials said.

The fire onboard the vessel was first extinguished Friday afternoon, but sparked again and was finally put out at approximately 10 p.m. Friday, shortly before the vessel broke apart and sunk, the Coast Guard said.

The vessel carried a maximum of about 6,000 gallons of diesel fuel.

The Texas General Land Office, which investigates oil spills, has said diesel is being recovered from the channel and around environmentally sensitive areas.

Air quality tests have found no air pollution and testing of the waterway is planned, according to the Texas Commission on Environmental Quality.