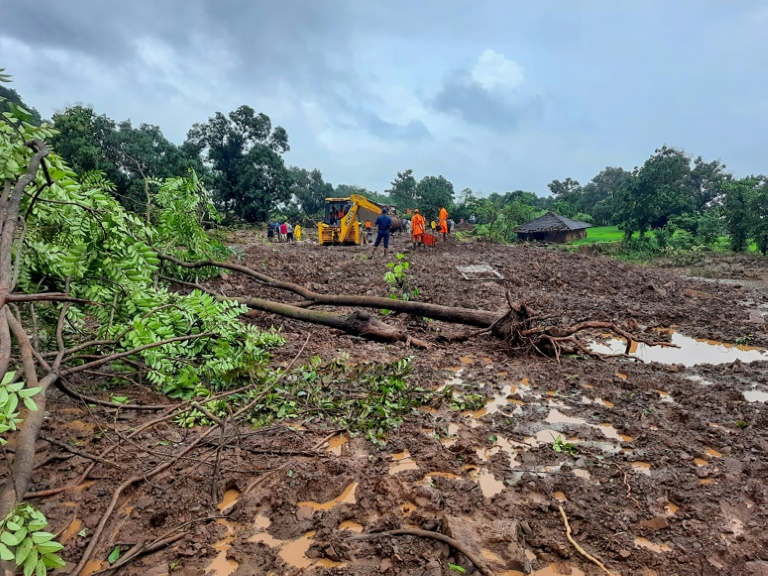 KUALA LUMPUR, Dec. 16 (Xinhua) -- The search and rescue teams are working hard in order to save more than a dozen people still trapped by a landslide in Malaysia which claimed at least 16 lives early on Friday.

Home Minister Saifuddin Nasution said over 300 personnel from 15 government agencies are working to recover the trapped people at the site of the disaster, a popular camping area in Selangor state, state news agency Bernama reported.

The National Disaster Management Agency said among the 94 estimated victims, 61 people have been rescued and 17 others are still missing.

Saifuddin also said the police have been instructed to close all campsites and recreational spots in the area until further notice as a precaution.

On the treatment of victims, Health Minister Dr Zaliha Mustafa said seven injured, including one pregnant woman, are being treated at three nearby hospitals for injuries ranging from spinal and facial injuries.

Batang Kali, where the landslides took place, is popular for camping and other recreational activities with rivers, waterways and hillslopes.

However, Malaysia has seen persistent heavy rain with the meteorological department forecasting heavy rainfall in the coming days as the country faces the northeast monsoon season, posing dangers for accidents.

Eyewitnesses at the scene and survivors described the landslide as sudden.

Leong Jim Meng, a 57-year-old camper, said that he heard an explosion and felt as though the earth had moved beneath him before a landslide hit his campsite.

"We were sleeping when the incident happened at 2:00 a.m. It was too dark to see clearly what was happening," he told local media, adding that his family managed to escape to a nearby parking lot. They contacted the authorities, who arrived 30 minutes later.

In footage released by the authorities, a huge swathe of mud could be seen leading from the hill slope towards the campsite about 100 feet below, flattening everything in its path and leveling tents and small buildings in the area.

Separately, Natural Resources, Environment and Climate Change Minister Nik Nazmi Nik Ahmad said the landslide was due to a slope failure involving 450,000 cubic meters of soil and the minerals and geoscience department under his ministry had sent experts to the site to assess the area.

"They will monitor the situation and alert rescuers if there is any more soil movement. Our checks revealed the slope failure involved an area of 500m by 200m with a depth of eight meters," he told reporters at the scene.