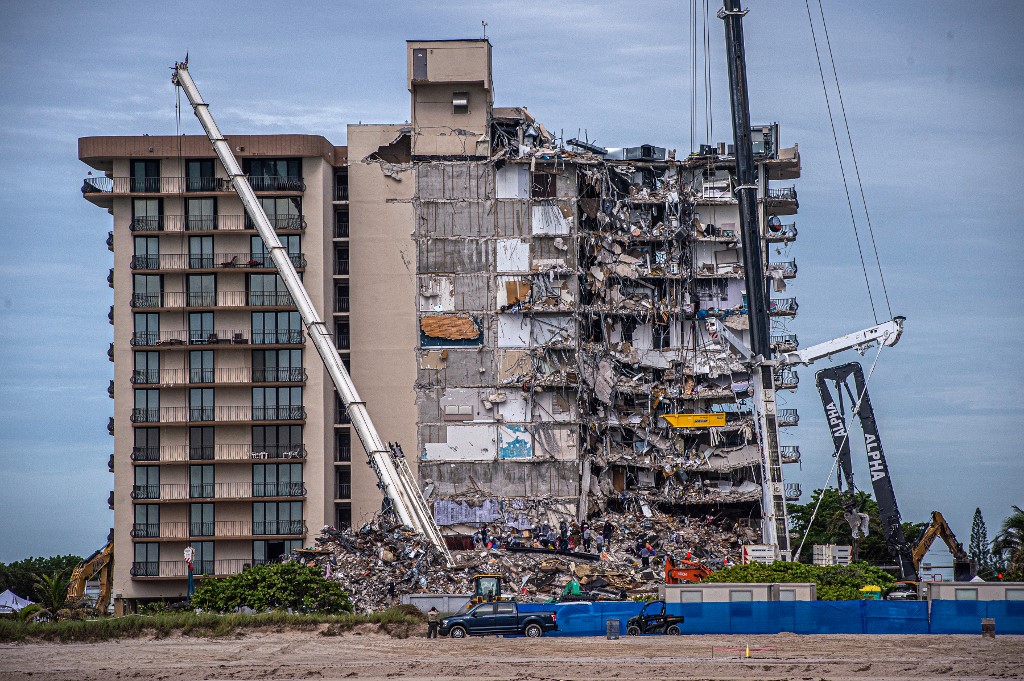 In the weeks-long search, 240 people are accounted for, 97 victims have been recovered, 90 of which have been identified and 88 next of kin have been notified, according to a release from Miami-Dade County. Eight people are potentially unaccounted for, all of whom have open missing persons reports with the Miami-Dade Police Department.

Speaking of the rescue crews, a Miami-Dade police spokesman was cited by The Washington Post in a Thursday report as saying: "They're almost at the bottom to be able to say, we've reached rock bottom, we've searched every inch of this property and that's when we say, 'Okay, we're done.'"

Alvaro Zabaleta, the spokesman, said the search for any other possible victims would continue, adding it remained unclear how long the process may last.

The New York Times reported Tuesday that as the search-and-recovery mission is approaching its conclusion, officials expect the final number of the deceased to reach up to 99, shy of a tally of over 100 that was previously feared.

The Champlain Towers South, a beach-side condominium, partially collapsed in the early morning of June 24.

One of the deadliest building collapses in U.S. history, the disaster was followed by painstaking rescue efforts that shifted to recovery a week ago. No survivors have been found since the early hours after the collapse.