WORLD Search on for survivors after small plane crashes in ocean

Search on for survivors after small plane crashes in ocean 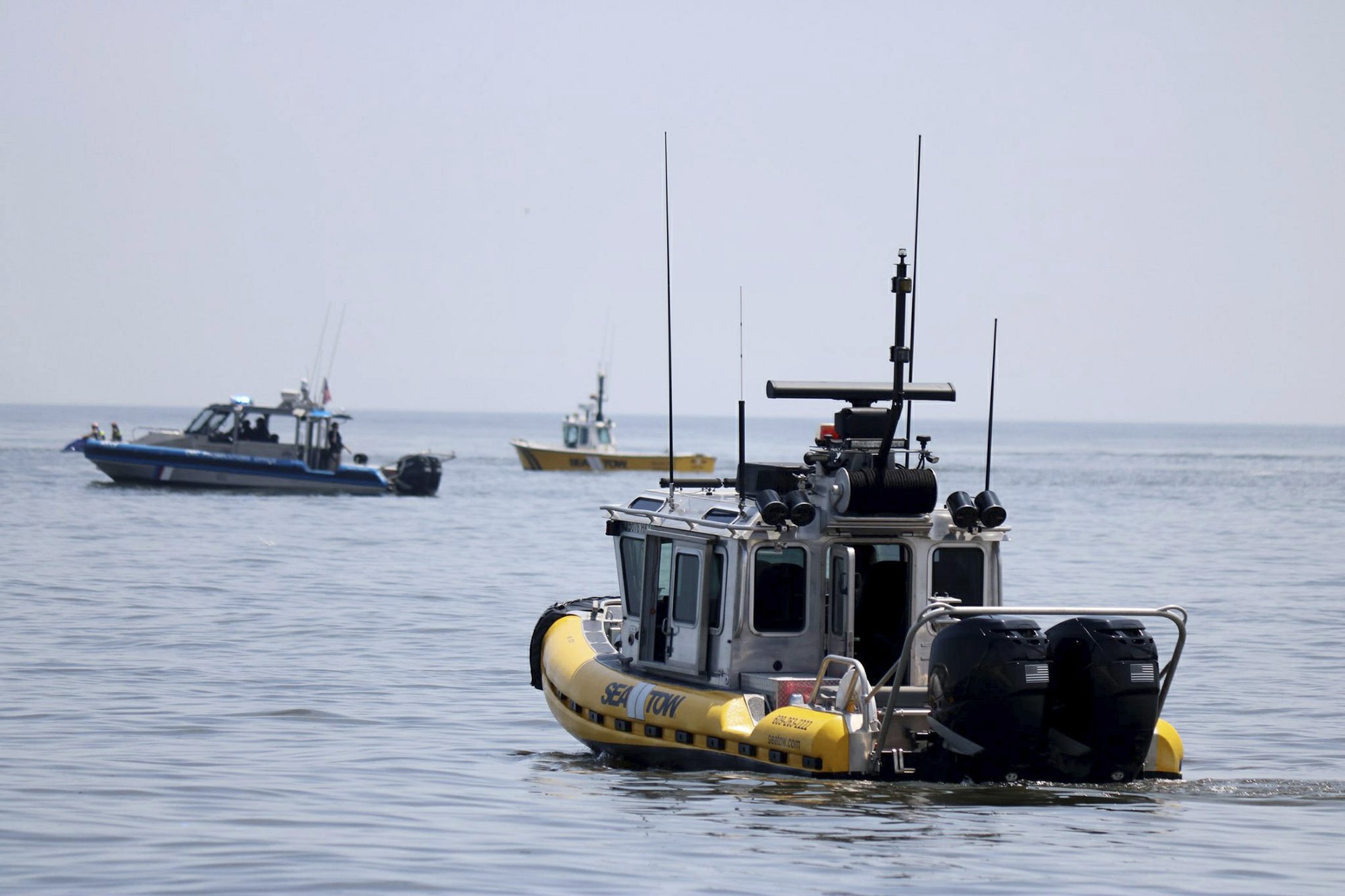 A pair of Sea Tow boats joins another vessel off Cape May Point, N.J., in the search for a single engine airplane that crashed into the Atlantic Ocean, Wednesday, May 29, 2019. (Photo: AP)

The Coast Guard is searching for any survivors after a small plane crashed into the Atlantic Ocean off New Jersey.

The Federal Aviation Administration says the single-engine Mooney M20J crashed Wednesday morning about 1,200 feet (365 meters) from the Cape May Lighthouse.

State police say that the plane is in about 18 feet of water and that a recovery is being attempted.

Plane owner Lisa Campbell of Air-Mods Flight Training Center at the Trenton-Robbinsville airport says it left the airport, more than 100 miles (161 kilometers) from the crash site, around 8 a.m.

She says the male pilot’s credentials and the aircraft were “all in order.” She says the pilot was a regular customer who flew recreationally.

Police say it’s unclear whether there were any passengers.