A joint rescue team continued to search for 43 missing people as the death toll from flash floods and landslides in Indonesia's easternmost Papua province rose to 79 on Monday, a disaster official said. 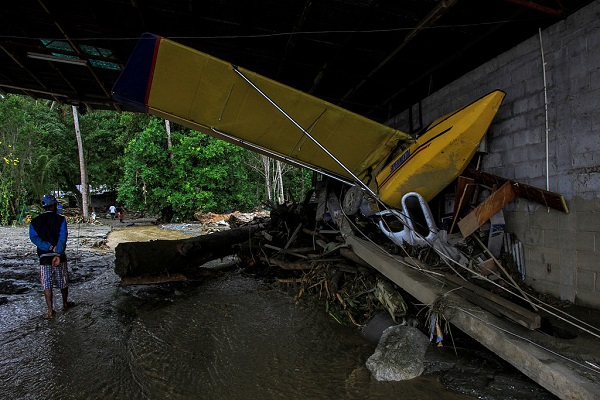 The disaster destroyed a total of 350 houses, over 100 buildings, three bridges, eight school buildings and three religious buildings, among other facilities, he said.

Local authorities have declared a state of emergency for 14 days since Sunday.

Deforestation at the upstream area of a river was blamed as one of the causes of the natural disaster.

"President Joko Widodo has ordered to undertake rehabilitation at the upstream of the river flowing to Sentani Lake to avoid the repeat of such disasters, as this is not the first one," Sutopo told a press conference.

Separately in Jayapura district, spokesman of the search and rescue office in the district Yudi Yanto said 41 people were seriously injured and 75 others had minor wounds after the natural disaster hit several villages.

By Monday, wooden logs and other materials washed down by the flood water have blocked roads, hampering the rescue operation, the spokesman said.

"Two heavy machinery equipment have been deployed to help open the access and clear the roads from the rubble, wooden logs and other materials," said Yudi.

Indonesia has been frequently stricken by flash floods and landslides during heavy rains.