Seattle's fire chief says the four people who died after a construction crane fell on a street include two crane operators and two people who were in cars below. 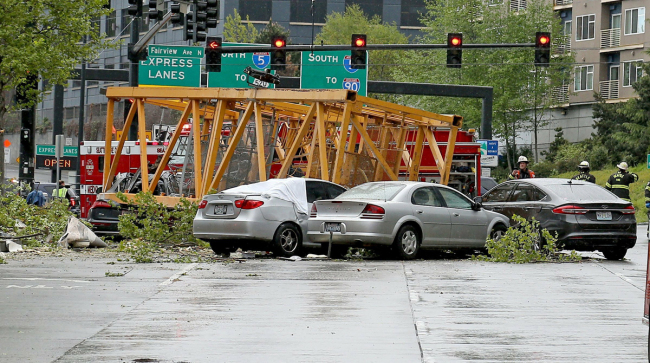 A construction crane fell into eastbound and westbound Mercer Street near Fairview Avenue East Saturday, April 27, 2019, in Seattle. Several people were killed and others wounded when a construction crane collapsed in downtown Seattle, pinning cars underneath. (Photo: The Seattle Times via AP)

Fire Chief Harold Scoggins says the crane fell around 3:30 p.m., crushing six cars. He says three people -- including a mother and her child -- were wounded and taken to a hospital.

Assistant Chief of Patrol Operations Eric Greening says all lanes may be closed until Sunday night.