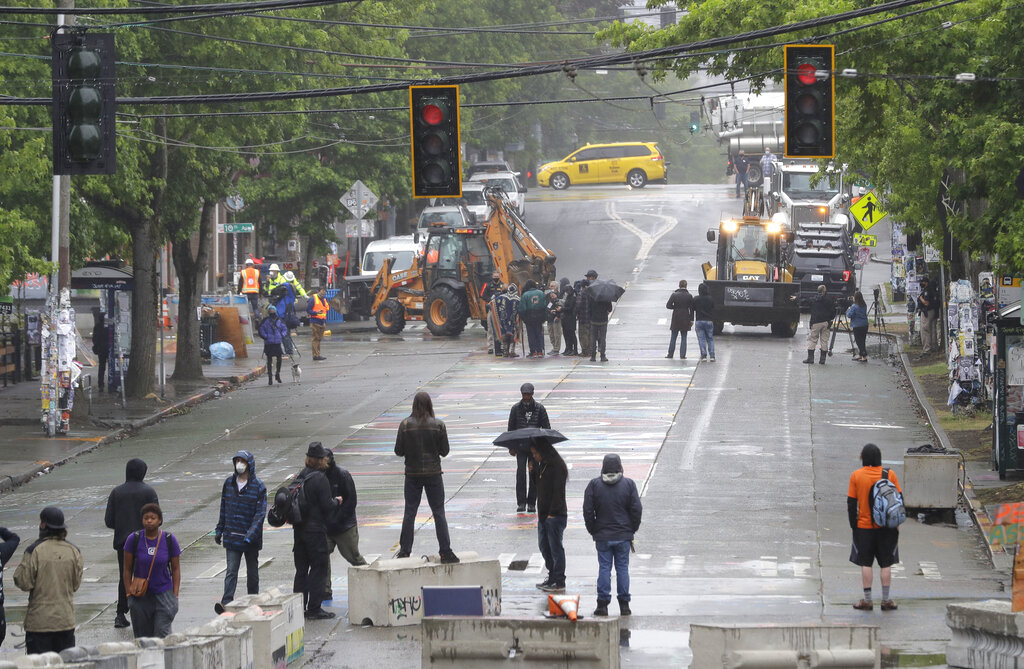 Seattle police early showed up Wednesday in force at the city's “occupied” protest zone, tore down demonstrators' tents and used bicycles to herd the protesters after the mayor ordered the area cleared following two fatal shootings in less than two weeks.

Television images showed no immediate signs of clashes between the police, many dressed in riot gear, and dozens of protesters at the “Capitol Hill Occupied Protest” zone that was set up near downtown following the police killing of George Floyd in Minneapolis.

Police swarmed the zone known as CHOP at about 5 a.m. and a loud bang was heard at about 6:15 a.m. followed by a cloud of smoke. KUOW radio reported police had made at least 10 arrests by 5:30 a.m.

Police also tore down fences that protesters had erected around their tents and used batons to poke inside bushes, apparently looking for people who might be hiding inside.

Officers were also investigating several vehicles circling the area as police moved in after police saw people inside them “with firearms/armor," police said in a tweet, adding that the vehicles did not appear to have “visible license plates.”

The protesters have occupied several blocks around a park for about two weeks and police had abandoned a precinct station following standoffs and clashes with the protesters, who called for racial justice and an end to police brutality.

Police on Wednesday said they moved in to protect the public after Mayor Jenny Durkan issued the order for protesters to leave. 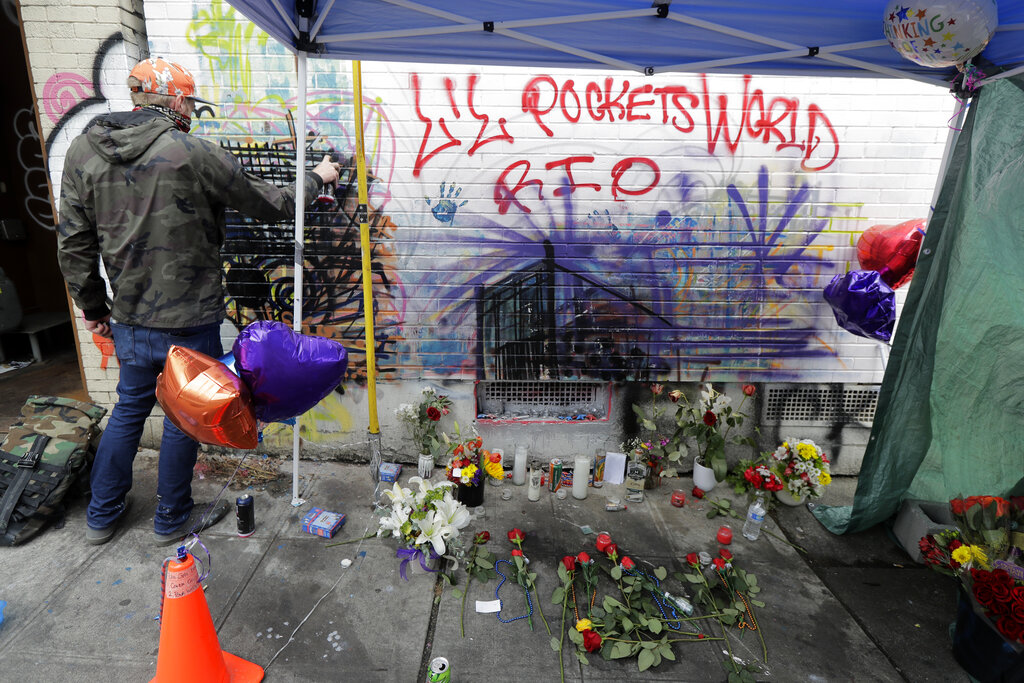 “Since demonstrations at the East Precinct area began on June 8th, two teenagers have been killed and three people have been seriously wounded in late-night shootings," Seattle police said on Twitter. "Police have also documented robberies, assaults, and other violent crimes.

The tweet added that "suspects in recent shootings may still be in the area, and because numerous people in the area are in possession of firearms.”

Seattle Police Chief Carmen Best said in statement that she supports peaceful demonstrations but that “enough is enough.”

“The CHOP has become lawless and brutal. Four shootings–-two fatal—robberies, assaults, violence and countless property crimes have occurred in this several block area," she said.

There had been mounting calls by critics, including President Donald Trump, to remove protesters following the fatal shootings.

Protesters have said they should not be blamed for the violence in the area.