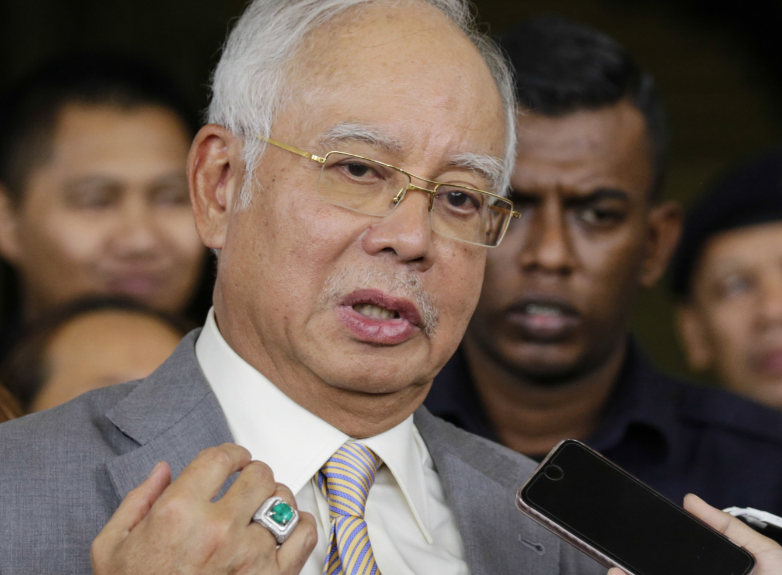 The second – and biggest – trial against ousted Malaysian prime minister Najib Razak in relation with the massive 1MDB corruption scandal begins on Wednesday, a day after prosecutors wrapped up work in his first court case.

Najib faces 21 counts of money-laundering and four of abuse of power, including allegations that 2.28 billion ringgit (540 million US dollars) linked to the 1Malaysia Development Berhad (1MDB) state fund were funneled to his account.

The attorney-general initially cleared Najib of any wrongdoing, saying the money was a personal donation from the Saudi royal family, and closed down domestic investigations.

The 66-year-old, who is free on bail, has denied all the charges against him.

Claims that Najib and his cronies pilfered massive sums from the fund and spent it on everything from real estate to artwork contributed to the defeat of his long-ruling coalition last year.

After being ejected from office, Najib was arrested and hit with dozens of charges related to 1MDB.

He is expected to face several trials, the first of which started in April.

Malaysian prosecutors wrapped up that case on Tuesday. A judge will hear arguments from both sides in October and rule on November 11 whether the case is strong enough to continue.  If he rules it is, Najib will likely begin his defence in December.

The first trial centers on claims that 42 million ringgit (10 million US dollars) were stolen from SRC International, a former unit of 1MDB.

The prosecution called 57 witnesses and the court heard evidence about the lavish lifestyle enjoyed by Najib and his widely reviled wife, Rosmah Mansor, after allegedly looting state coffers.

As part of his second trial, prosecutors plan to call about 60 witnesses.

But Najib's lawyers have complained they have not had sufficient time to prepare for such a major trial as the first case is still ongoing.

"Where is the concept of a fair trial?" chief lawyer Muhammad Shafee Abdullah told AFP news agency. "It is like going into a boxing ring with one hand tied."

The new government of Prime Minister Mahathir Mohamad, Najib's mentor-turned-nemesis, came to power partly on a pledge to probe 1MDB and has been keen to push ahead with the cases against the toppled leader.