The Taliban seized the stronghold of a notorious Afghan warlord Saturday, officials said, the second provincial capital to fall to the insurgents in under 24 hours. 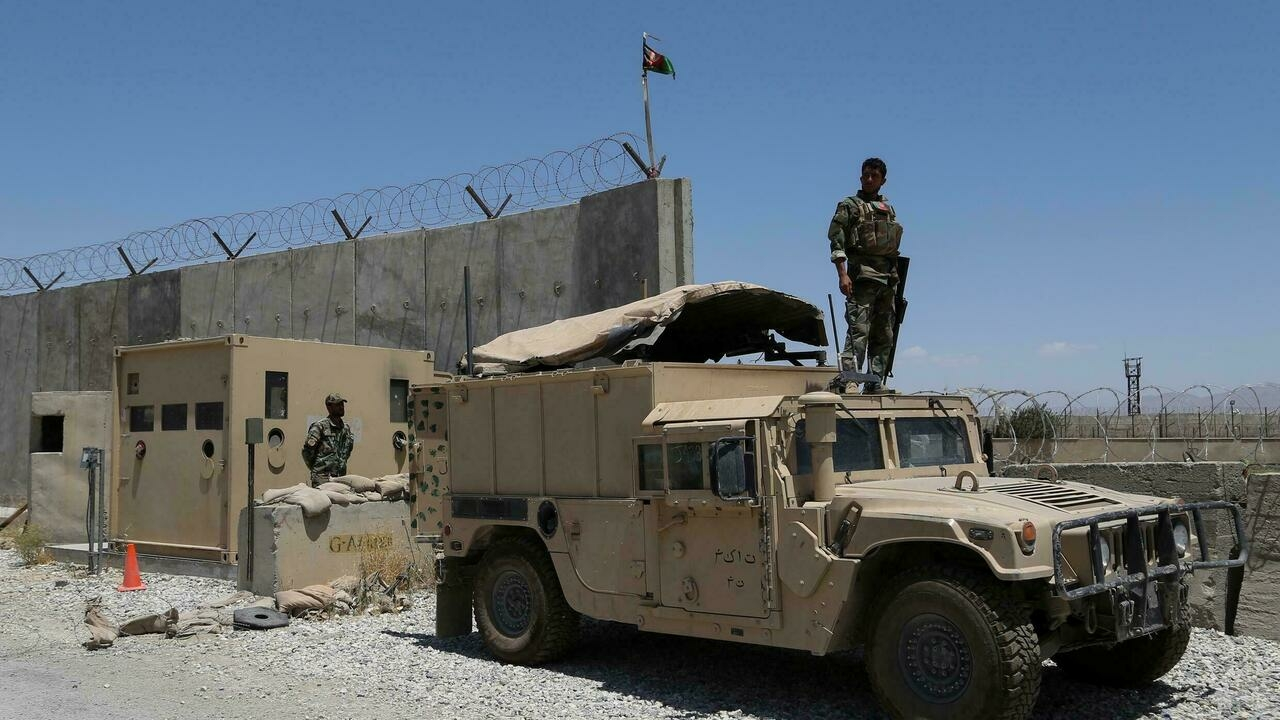 Afghan forces are struggling to hold key cities and towns across the country with the Taliban capturing a second provincial capital in two days. (Photo: AFP)

The deputy governor of Jawzjan province told AFP he was with government forces who had abandoned Sheberghan city and retreated to the airport on its outskirts, where they were preparing to defend themselves.

The city is home to warlord Abdul Rashid Dostum, who only returned to Afghanistan this week from medical treatment in Turkey, but is currently in Kabul.

Aides said he was meeting with President Ashraf Ghani Saturday in an attempt to persuade the country's leader to fly in reinforcements.

"We have demanded the government deploys at least 500 commandos so we could work to retake the city," said his party's spokesman, Ehsan Niro.

The Taliban have taken control of vast tracts of rural Afghanistan since early May when they launched a series of offensives to coincide with the start of the final withdrawal of foreign troops.

Afghan government forces largely abandoned the countryside to the insurgents, but are now scrambling to defend a string of cities.

The war has also returned to the capital, with a senior government information official shot dead in the street Friday, three days after the defence minister survived a brazen assassination attempt involving a car bomb and Taliban hit squad.

"The security forces, backed by reinforcements and the uprising forces, will once again clear the city from the terrorists," he said in a video message to media.

That has been a familiar response to most Taliban gains of recent weeks, although government forces have so far largely failed to make good on promises to retake dozens of districts and border posts.

One resident of Sheberghan contacted by AFP said people were staying behind closed doors, fearful for their future.

"The Taliban are everywhere, with their flags, but from what I see through the window the streets are deserted and we do not dare leave our homes," he said, asking not to be named.

"The fighting has subsided inside the city... but we hear that the Taliban are moving towards the airport."

On Friday, Zaranj city in Nimroz fell "without a fight", according to its deputy governor, becoming the first provincial capital to be taken.

There was more resistance in Sheberghan, several sources told AFP, but an aide to Dostum confirmed the city had been taken.

Dostum has overseen one of the largest militias in the north and garnered a fearsome reputation fighting the Taliban in the 1990s -- along with accusations his forces massacred thousands of insurgent prisoners of war.

Any retreat of his fighters would dent the government's recent hopes that militia groups could help bolster the country's overstretched military.

In Zaranj, social media posts suggested the Taliban were welcomed by some residents of the desert city, which has long had a reputation for lawlessness.

On entering Zaranj the insurgents opened the gates of the city jail, officials said, freeing Taliban prisoners along with common criminals.

The veracity of the clips could not immediately be confirmed.

"The Afghan security forces lost their morale due to intense propaganda by the Taliban," a senior official from the city, who asked not to be named, told AFP.

"Most of the security forces put their weapons on the ground, took off their uniforms, and left their units," he said.

Elsewhere in Afghanistan, fighting was raging in Herat, near the western border with Iran, and Lashkar Gah and Kandahar in the south.

From Kunduz, activist Rasikh Maroof told AFP by phone Saturday that fighting was heard throughout the night on the outskirts of several parts of the city, with the Taliban apparently unable to make significant inroads.

Despite the deteriorating situation, White House spokeswoman Jen Psaki said Friday that President Joe Biden still believed it was right to pull US troops out after 20 years of war.

The withdrawal of foreign forces is due to be complete at the end of this month, ahead of the 20th anniversary of the September 11 attacks on the United States that sparked the invasion which toppled the Taliban.