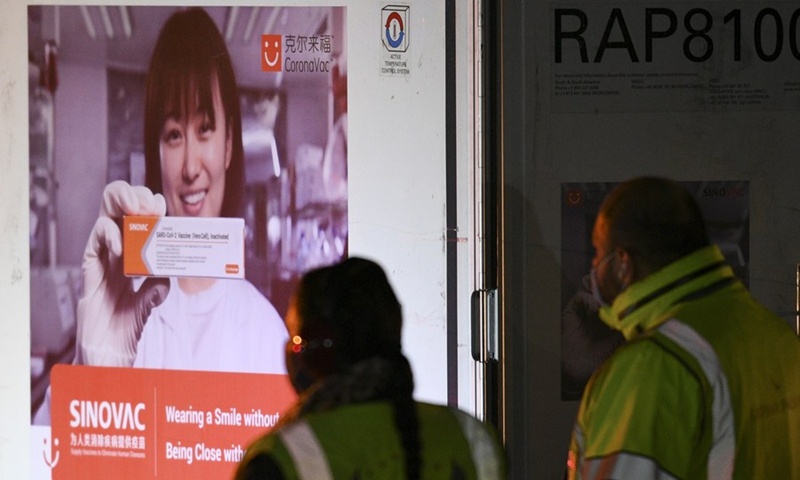 The second batch of China's Sinovac vaccine arrived in Mexico on Saturday, the Mexican Ministry of Health said.

Mexican Foreign Minister Marcelo Ebrard thanked China for supporting the country by providing the vaccine and said that the arrival of the vaccine has helped the government continue its vaccination campaign.

China is "fulfilling the commitment to support Mexico," Ebrard said.

"This vividly demonstrates both China's sincere support for its brother and partner, and its dedication to building a community of health for all," Chinese Ambassador to Mexico Zhu Qingqiao said.

"China is willing to work together with Mexico, persevering in the spirit of solidarity and mutual support, to further strengthen cooperation in the fight against the pandemic with a focus on vaccine cooperation," Zhu added.

On Feb. 20, the first batch of the Sinovac vaccine arrived in Mexico City and the Mexican health authorities distributed the doses this week to the elderly in the municipality of Ecatepec, one of the areas that have been the hardest hit by the pandemic.

The vaccination campaign in Mexico began last December with medical and health personnel as the first inoculated group, and in mid-February a phase began to vaccinate older adults in poor areas.

Mexico has registered more than 2 million COVID-19 cases and more than 184,000 deaths, and now ranks the third in the number of deaths, behind the United States and Brazil, according to Johns Hopkins University.