A second wave of the coronavirus epidemic is highly likely to hit France in the autumn or winter, the government's top scientific body warned on Tuesday as authorities seek to contain an increase in new cases over the past two weeks. 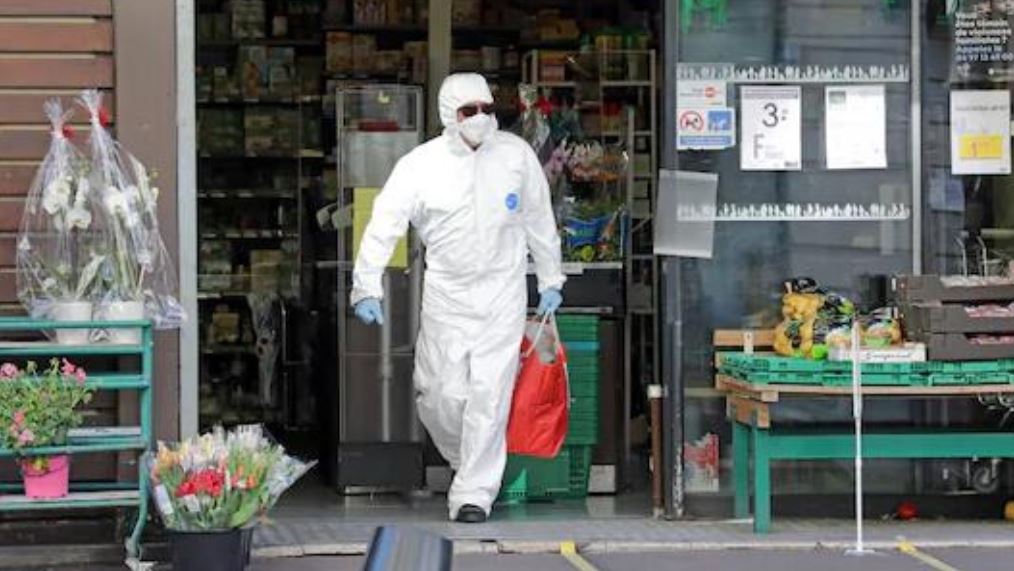 A second wave of the coronavirus epidemic is highly likely to hit France in the autumn or winter, the government's top scientific body warned on Tuesday. (Photo: CGTN)

The warning came as an increasing number of French cities decided to make mask-wearing mandatory in crowded outdoor areas - including, soon, the capital Paris.

Since lifting strict lockdowns that reduced infection rates, many European countries are now watching numbers creep back up as restrictions have been eased to limit the economic damage and social mixing has resurged during the holiday season,.

"The situation is precarious and we could at any moment tip into a scenario that is less under control, like in Spain," the French scientific committee said in a statement published by the health ministry.

"It is highly likely that we will experience a second epidemic wave this autumn or winter," it said, adding that if people failed to respect social-distancing rules, it could not rule out a renewed spread of COVID-19 as soon as late summer.

In neighboring Germany, the doctors' union said it was already contending with a second wave amid a disregard for social-distancing guidelines that risked squandering the country's early success in containing the virus.

Paris is next, with City Hall in talks with state authorities to draw up a list of neighbourhoods where a mask rule should be enforced, the deputy mayor in charge of public health said on Twitter.

City officials want that to include shopping streets, the banks of the river Seine and parks and gardens, Le Monde reported. A list of affected streets will be decided by each of Paris’17 districts, deputy mayor Anne Souyris said.

France has reported 3,376 new confirmed COVID-19 cases over the last three days and the number of people being treated in intensive care wards for the disease has started to edge upwards.

President Emmanuel Macron, now on holiday at his summer residence of Bregançon on the Mediterranean coast, travelled to the nearby port city of Toulon to meet social workers looking after older people, for whom he announced a 500-euro bonus.

"It's important to continue to respect guidelines against kissing and shaking hands, to wear masks, wash your hands with antibacterial gel, and be careful when the grandchildren come to visit, because the virus is still circulating in our country," Macron said.