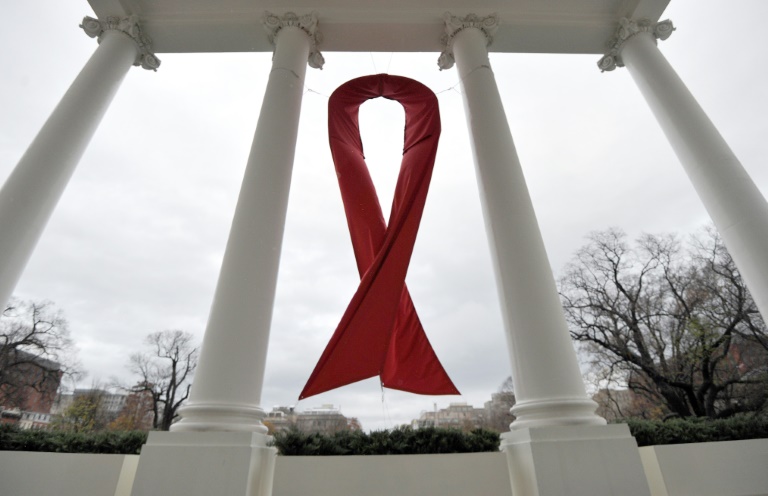 Ten years after the first confirmed case of an HIV-infected person being rid of the deadly disease, a man known only as the 'London patient' has shown no sign of the virus for nearly 19 months. (Photo: AFP)

For just the second time ever an HIV patient is in sustained remission from the virus in what was hailed by experts Tuesday as proof that the AIDS-causing condition could one day be curable.

Ten years almost to the day since the first confirmed case of an HIV-infected person being rid of the deadly disease, a man known only as the "London patient" has shown no sign of the virus for nearly 19 months, doctors reported in the journal Nature.

Both patients underwent bone marrow transplants to treat blood cancers, receiving stem cells from donors with a genetic mutation present in less than one percent of Europeans that prevents HIV from taking hold.

"It is a landmark. After 10 years of not being able to replicate (the first case), people were wondering if this was a fluke," said lead author Ravindra Gupta, a professor at the University of Cambridge.

"I think it is important to reaffirm that this is real and it can be done," Gupta told AFP. 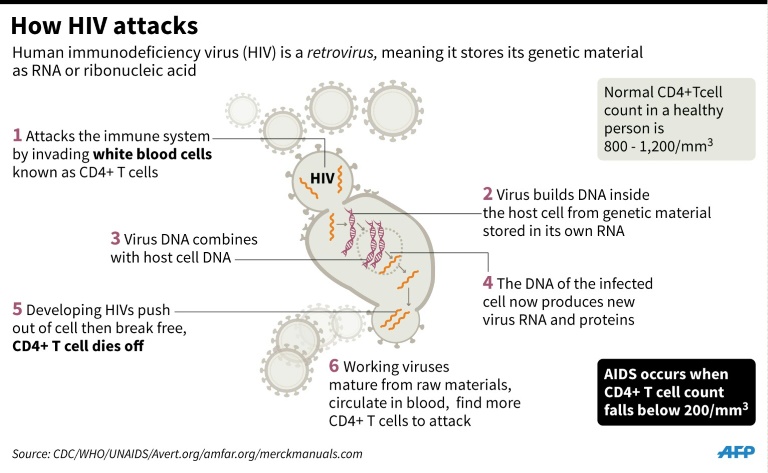 However, he was very careful at a press conference in Seattle, Washington, to avoid using the word "cure," noting instead that "in another six months or two years, things will be clearer."

Millions of people infected with HIV around the globe keep the disease in check with so-called antiretroviral therapy (ARV), but the treatment does not rid patients of the virus.

Close to 37 million people are living with HIV worldwide, but only 59 percent are receiving ARV. Nearly one million people die every year from HIV-related causes.

A new drug-resistant form of HIV is also a growing concern.

The first sustained remission survivor, announced in 2009 as "the Berlin patient" and later named as American Timothy Brown, was given two transplants and underwent total body irradiation to treat leukaemia -- a process that nearly killed him. 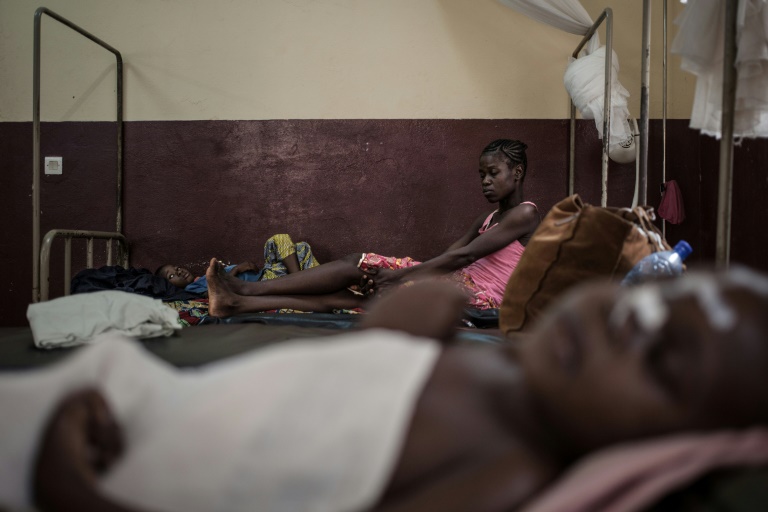 Close to 37 million people are living with HIV worldwide, but only 59 percent are receiving treatment. (Photo: AFP)

Gupta said that although a second successful transplant did not constitute a generalised cure, it showed that even milder forms of treatment can achieve full remission.

"There are a number of learning points here," he said. "Radiation has a lot of side-effects and leads to a delayed recovery of the bone marrow, so it's really good that we've shown you don't need radiation.

"The Berlin patient also had two rounds of chemotherapy because the first one didn't work. We've done ours just once, and it was also a milder form, which is important," he added.

Both patients received stem cell transplants from donors carrying a genetic mutation that prevents expression of an HIV receptor, known as CCR5.

The London patient was diagnosed with HIV infection in 2003 and had been on antiretroviral therapy since 2012.

Later that year, he was diagnosed with advanced Hodgkin's Lymphoma, a deadly cancer.

AIDS epidemic around the world

He underwent a stem cell transplant in 2016 from a donor with two copies of a CCR5 gene variant, which is resistant to most HIV-1 virus strains.

"CCR5 is something essential for the virus to complete its life-cycle and we can't knock out many other things without causing harm to the patient," said Gupta.

"We know that CCR5 can be knocked out without any serious consequences because people are walking around without that gene." 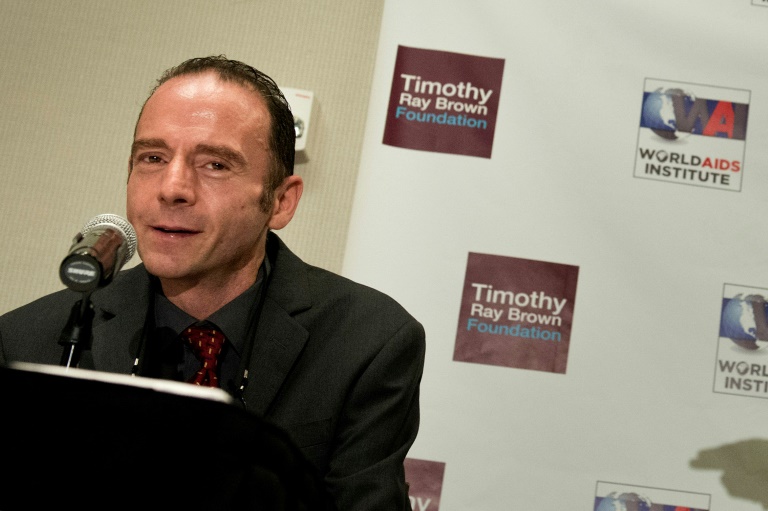 The first sustained remission survivor, announced in 2009 as "the Berlin patient" and later named as American Timothy Brown, was given two transplants and underwent total body irradiation to treat leukaemia -- a process that nearly killed him. (Photo: AFP)

CCR5 was the target in the genome of the controversial gene-edited twins born last year in China, whose father is HIV-positive.

The International AIDS Society said in a statement Tuesday that results from the second patient "reaffirm our belief that there exists a proof of concept that HIV is curable".

Sharon Lewin, director of the Peter Doherty Institute for Infection and Immunity, told AFP that the second case showed a cure was "feasible".

After the bone marrow transplant, the London patient remained on ARV for 16 months, at which point treatment was stopped.

Regular testing has confirmed that the patient's viral load remained undetectable since then.

But scientists were keen to stress that the technique is likely only viable among a tiny percentage of sufferers.

"Due to the rarity of suitable donors, this precise approach will not be available to all HIV patients," said Aine McKnight, professor of Viral Pathology at Queen Mary University, London.

"However, this work has the potential to stimulate research into more generally applicable therapies."

Gupta said he hoped to expand research on the stem-cell transplant technique to focus on communities in Africa, where the HIV-beating mutation does not naturally occur.

"Expanding remission to populations that are affected disproportionately is quite important," he told AFP.