WORLD Second migrant caravan in 2021 leaves Honduras for US

Second migrant caravan in 2021 leaves Honduras for US 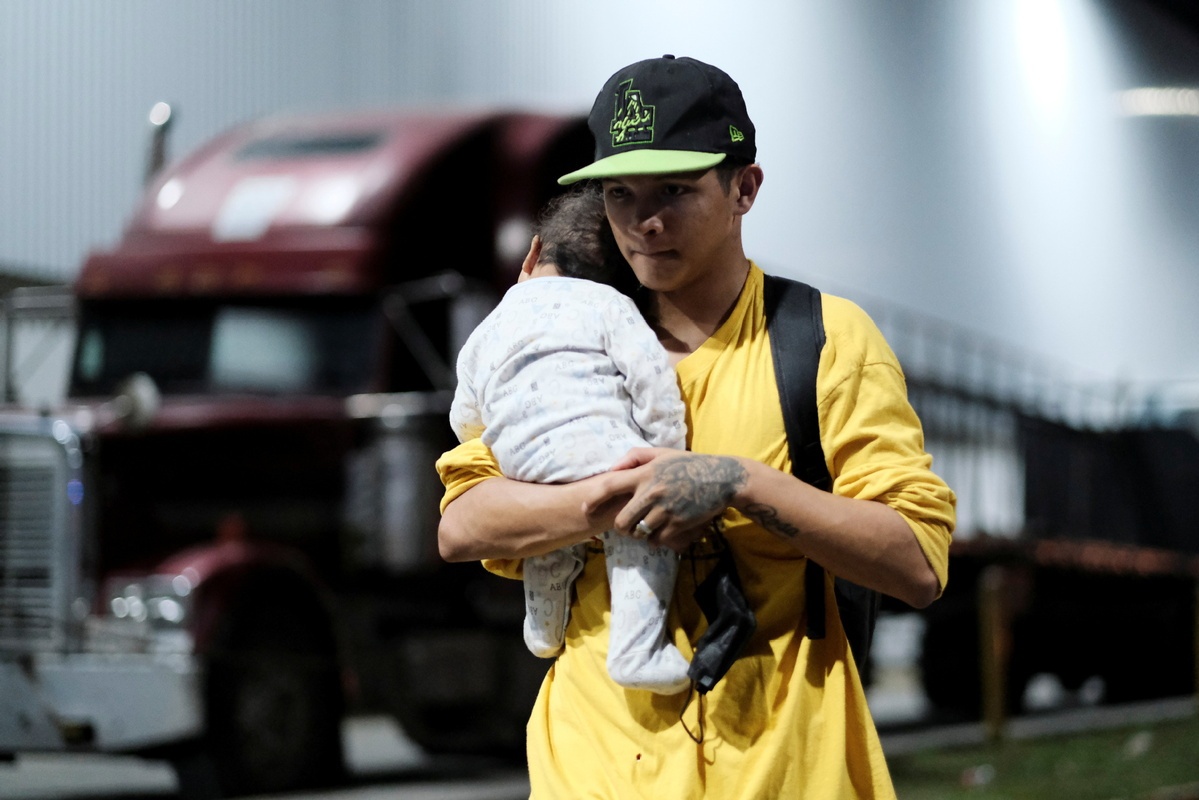 A Honduran carries his child as he takes part in a new caravan of migrants set to head to the US, in San Pedro Sula, Honduras March 30, 2021. (Photo: Agencies)

A new caravan of Honduran migrants, the second this year, left on Tuesday from the northern Honduran city of San Pedro Sula for Guatemala, with the aim of reaching the United States after crossing through Mexico, local media reported.

Small groups of migrants arrived at the local bus terminal on Monday night, and began their journey at about 4:00 am Tuesday.

Some 300 people, including men, women and children, made up this year's second major group of Honduran migrants in search of better opportunities in the United States.

They will make their way to the Corinto customs office in Puerto Cortes, where they will seek to cross the Guatemalan border despite of the health restrictions due to the COVID-19 pandemic.

The Guatemalan government on Monday announced a new "state of prevention" in five departments bordering Honduras that are part of the migrant's route.

On March 24, US President Joe Biden appointed Vice President Kamala Harris to manage the migrant flow on the country's southern border with Mexico.