WORLD Second migrant caravan on the move in Mexico

Second migrant caravan on the move in Mexico 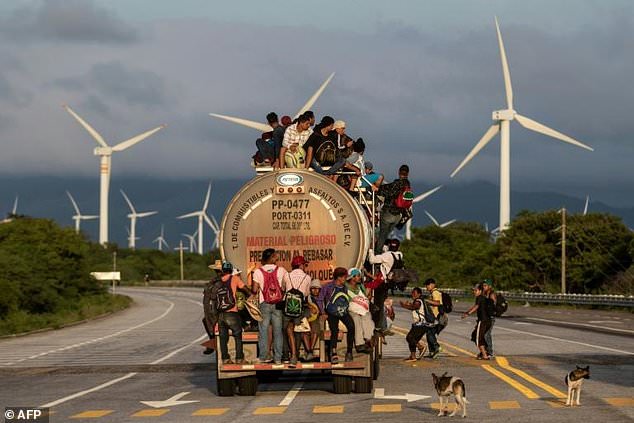 Another migrant caravan like the one that has infuriated US President Donald Trump and fueled his anti-immigrant message ahead of next week's election is on the move in southern Mexico.

This second, smaller US-bound group of around 2,000 poor people managed to cross the Suchiate River separating Mexico from Guatemala to the south on Monday.

At one point they clashed with Mexican security forces on a bridge and one member of the caravan was reported killed.

On Tuesday they covered about 25 kilometers (16 miles) and settled down for the night in the town of Tapachula in the state of Chiapas, an AFP reporter said.

Like the larger caravan, this one is made up mostly of Hondurans and includes women and children.

And like their colleagues moving further up north, these people have rejected an offer from Mexico of medical care, schooling for their kids and temporary work permits if they stop traveling and request asylum in Chiapas or Oaxaca.

The first caravan, which has dwindled and now numbers some 4,000 people, according to an aide group called Pueblos sin Fronteras, arrived Tuesday in the town of Juchitan, in Oaxaca.

They were spending Tuesday night in tents in an abandoned bus station.

Trump has announced he is sending more than 5,000 soldiers to shore up the US-Mexico border as he talks up what he calls a migrant invasion to appeal to his right-wing base ahead of the congressional vote next Tuesday.