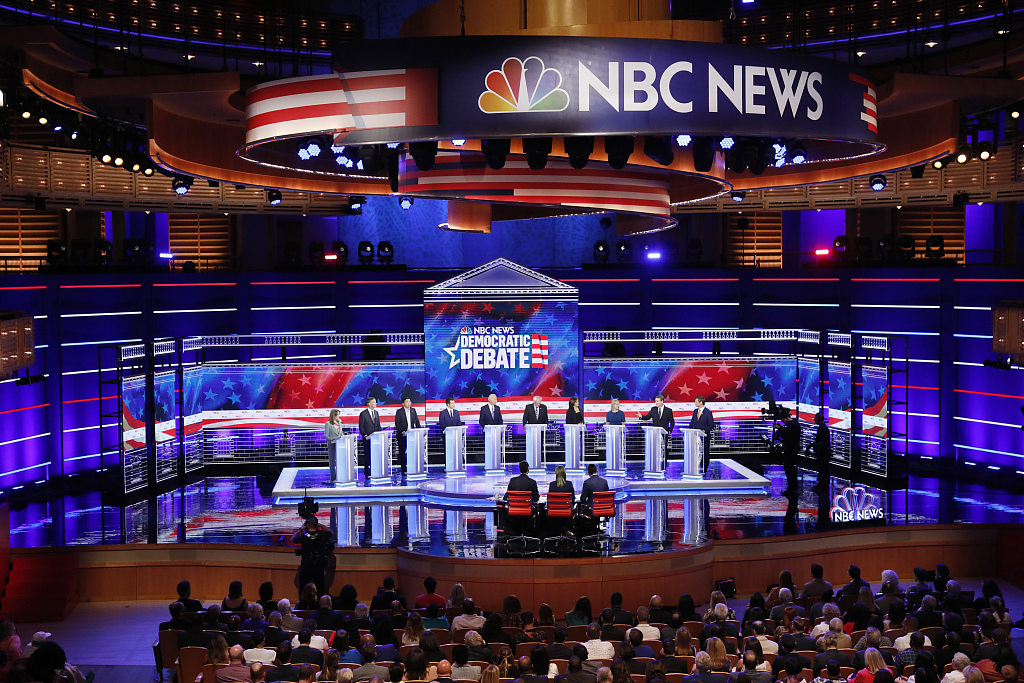 Debate moderators are expected to raise such topics as economy, healthcare, education, immigration, climate change, and foreign policy, similar to those for the first group of participants on Wednesday night.

Together, 20 candidates qualified for the first primary debate for either scoring at least 1 percent support in three qualifying polls or receiving donations from at least 65,000 unique donors.

The two-night debate, hosted by NBC News, MSNBC and Telemundo at Miami's Adrienne Arsht Center for the Performing Arts, was the first of a dozen that the Democratic National Committee had planned for the party's primary.

The second debate is scheduled for July 30-31 in Detroit, Michigan.