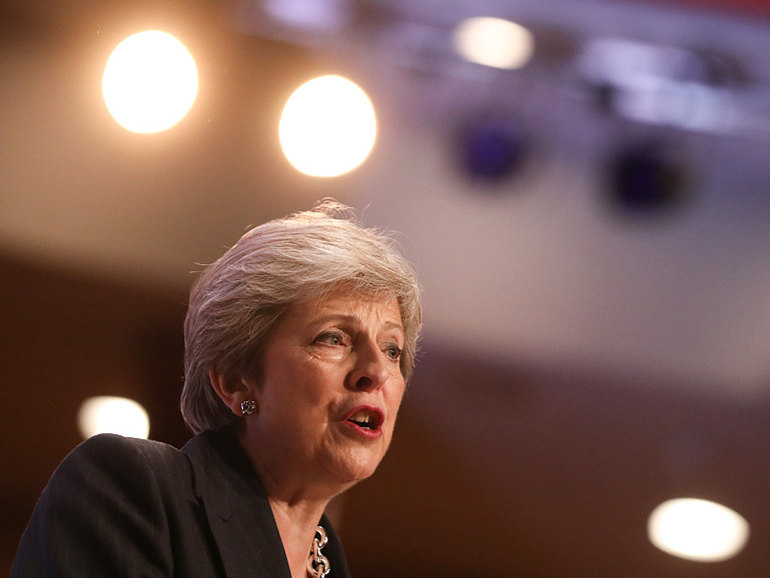 BIRMINGHAM, Britain, Oct. 3 (Xinhua) -- British Prime Minister Theresa May on Wednesday ruled out the possibility of a second Brexit referendum, saying the second referendum would be a "politicians' vote."

"Politicians telling people they got it wrong the first time and should try again.. think for a moment what it would do to faith in our democracy," she said, referring to the "latest plan of holding a second referendum" which was called "People's Vote."

"There are plenty of prominent people in British politics who want to stop Brexit in its tracks," she warned.

May defended the Brexit plan proposed by her but rejected by the European Union, saying it is for a free trade deal that provides for frictionless trade in goods.

"It would protect hundreds of thousands of jobs in the just-in-time supply chains our manufacturing firms rely on," the prime minister said.

Britain "isn't afraid" to leave the EU with no deal, she said, adding that "resilience and ingenuity" of people will see Britain through.

Pursuing "our own visions of the perfect Brexit" could lead to "no Brexit at all," she warned delegates.

May said she believed "our best days lie ahead of us."

She made the remarks speaking to the annual Conservative Party Conference. It also came the day as a Conservative Member of Parliament submitted a letter of no confidence in May.

James Duddridge has said he made the move because the prime minister's refusal to "rip up Chequers" and Boris Johnson's "inspirational" speech on Tuesday at the conference.

Johnson, an open critic of the prime minister's Brexit plan, launched a fresh attack against the Chequers plan for trade with the EU at the conference.

He described it as a "cheat" that could lead to a boost for the far-right.