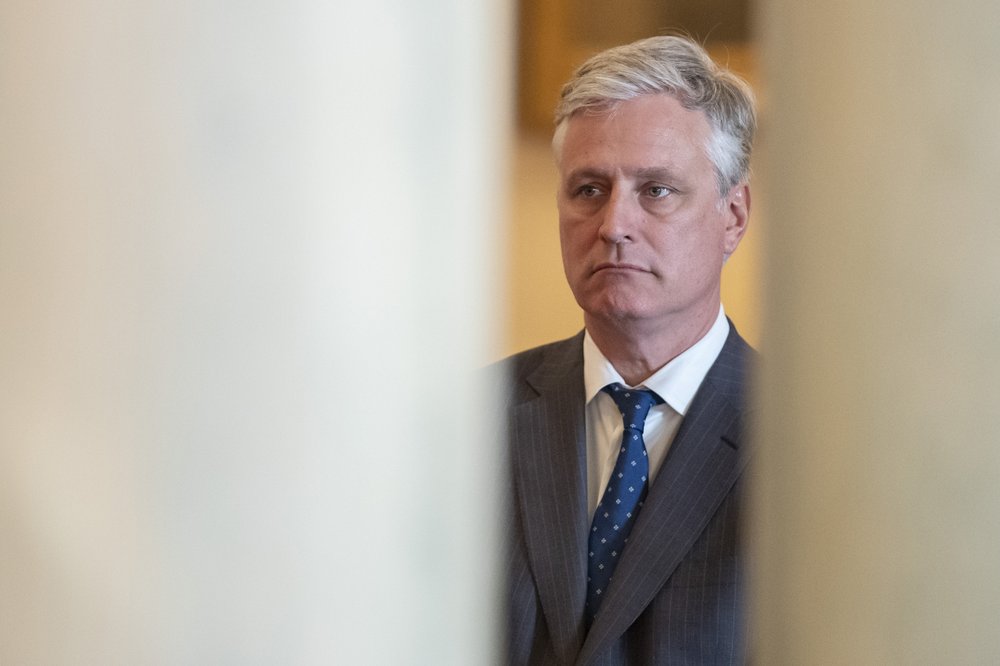 But other people familiar with the meeting said they were told the Kremlin was looking to help Trump’s candidacy. The people spoke on condition of anonymity to discussed the classified briefing.

“The national security adviser gets pretty good access to our intelligence,” O’Brien said. “I haven’t seen any intelligence that Russia is doing anything to attempt to get President Trump re-elected.”

O’Brien’s comments were released Saturday in a transcript of an interview with ABC’s “This Week” set to air on Sunday.

A nearly two-year investigation led by special counsel Robert Mueller concluded there was a sophisticated, Kremlin-led operation to sow division in the U.S. and upend the 2016 election by using cyberattacks and social media as weapons. Intelligence officials have warned Russia is doing the same in 2020.

O’Brien claimed he had not seen any intelligence or analyses indicating that Russia was aiding Trump and neither had top leaders in the intelligence agencies.

“All I know is that the Republicans on the side of the House hearing were unhappy with the hearing and said that there was no intelligence to back up what was being said,” O’Brien said. “But here’s the deal: I don’t even know if what’s been reported as being said (by the briefers) is true. You know those are leaks coming out of that hearing.”

O’Brien also denied reports that Trump became angry when he was told about the briefing and that he confronted former acting national intelligence director Joseph Maguire and subsequently replaced him with the U.S. ambassador to Germany, Richard Grenell.

O’Brien said Trump was not angry with Maguire and would have liked Maguire to stay in government in a different role. He said Maguire’s time as acting director of national intelligence was up in early March and the White House needed an individual — someone who had already been confirmed by the Senate — to temporarily replace him.

“Ambassador Grenell is there for a temporary period of time,” O’Brien said, adding that Trump was expected to announce a nominee to be quickly confirmed by the Senate as full-time director. The president has said he is considering three or four candidates.