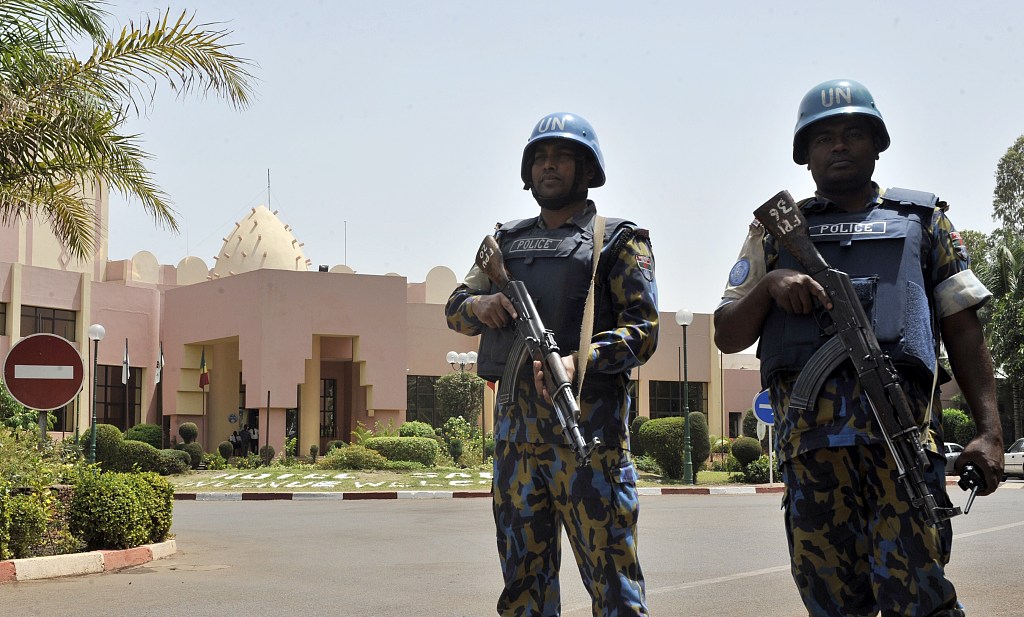 UNITED NATIONS, May 19 (Xinhua) -- The United Nations Security Council on Sunday condemned the attacks on UN peacekeepers in Mali, which resulted in one killed and several others injured.

A Nigerian UN peacekeeper was killed and another injured by unidentified assailants in Timbuktu, in northern Mali. A separate incident in Tessalit left three Chadian peacekeepers injured.

The members of the Security Council expressed their deepest condolences and sympathy to the family of the victim, as well as to Nigeria and to MINUSMA, said the statement.

"The members of the Security Council expressed their concern about the security situation in Mali and the transnational dimension of the terrorist threat in the Sahel region. They urged the Malian parties to fully implement the Agreement on Peace and Reconciliation in Mali without further delay," according to the statement.

Nearly 200 members of the UN mission have died since it was set up in 2013, making it the deadliest peacekeeping operation in the world.

Peacekeepers were deployed to Mali after Islamist militants seized the north of the country in 2012.