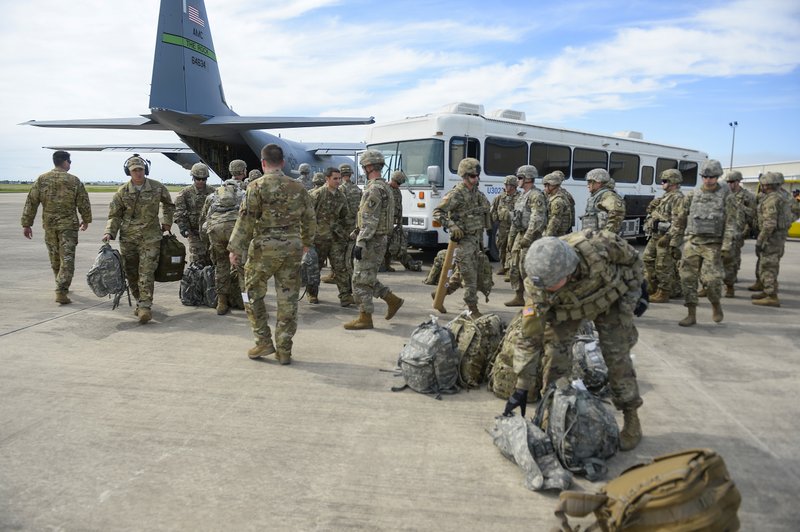 Defense Secretary Jim Mattis has left no doubt that his top priority as leader of the military is making it more “lethal” — better at war and more prepared for it — and yet nothing about the military’s new mission at the US-Mexico border advances that goal. Some argue it detracts from it.

The troops going to the border areas of Texas, Arizona and California are a small fraction of the military’s roughly 1.3 million active-duty members, and the mission is set to last only 45 days. But many question the wisdom of drawing even several thousand away from training for their key purpose: to win wars.

James Stavridis, a retired Navy admiral and former head of the US Southern Command, said the troops should be preparing for combat and other missions, “not monitoring a peaceful border” for the arrival of a migrant caravan of several thousand people on foot, still about 900 miles (1,450 kilometers) away.

“It sends a terrible signal to Latin America and the Caribbean as we unnecessarily militarize our border,” Stavridis, who also served as the top NATO commander, said Thursday. “It places US troops who are fundamentally untrained for the mission of border security and border enforcement into an area of operations, which could cause incidents of a negative character. If we need more border patrol agents, hire them.”

The first 100 or so active duty troops arrived at the border on Thursday, making initial assessment at the McAllen, Texas, crossing. Overall, there are about 2,600 troops at staging bases in the region.

David Lapan, a retired Marine colonel who is a former spokesman for the chairman of the Joint Chiefs and the Department of Homeland Security, said that taking troops away from training and from their families to play a supporting role in border security is unwise.

“It just doesn’t make any sense,” said Lapan, now a vice president of communications at the Bipartisan Policy Center. “This caravan, this group of poor people, including a lot of women and children, doesn’t pose a threat — not a national security threat.”

In line with the Pentagon’s national security strategy, Mattis has been focused on improving the combat readiness of a military worn down by the recent years of congressionally imposed budget cuts and the grind of 17 years of war in Afghanistan. This includes reorienting training from that required for the smaller wars the US has fought since the Sept. 11 terrorist attacks to a “great power” struggle with Russia and China.

That context may explain why the Pentagon itself seemed caught off-guard by President Donald Trump’s abrupt order to dispatch active-duty troops; the Customs and Border Protection, which requested Pentagon help, has struggled to define details of the mission and explain its scope.

“That this is a security threat is preposterous and not supported by the evidence,” said Derek Chollet, former senior policy adviser at the Pentagon. “If you’re sitting in the Pentagon and worried about implementation of the national defense strategy and worried about the threats from China and Russia, this is not at the top of your list.”

“This is another version of the parade,” Chollet said, referring to Trump’s demand earlier this year — eventually withdrawn — that the military spend millions to stage a parade in Washington D.C. “This is not a good use of US military resources at this moment. Trump was frustrated in his effort to build a physical wall on the border, now he’s trying to build a human wall by using the US military.”

Mattis has rejected assertions that the military is being leveraged by the White House as a political stunt in advance of the midterm elections. “We don’t do stunts,” he said Wednesday, but neither has he argued that sending thousands of active-duty soldiers to help secure the border is his preference.

Gen. Terrence O’Shaughnessy, who as head of US Northern Command is commanding the military operation, dubbed “Operation Faithful Patriot,” has argued that the caravan is a potential threat, although he has not fully defined that.

“I think what we have seen is we’ve seen clearly an organization at a higher level than we’ve seen before,” O’Shaughnessy said. “We’ve seen violence coming out of the caravan and we’ve seen as they’ve passed other international borders, we’ve seen them behave in a nature that has not been what we’ve seen in the past.”

One concern raised by other defense officials is that the caravans are largely male-dominated, and that one of them used violence when crossing the border into Mexico. But Associated Press journalists traveling with the largest group say it includes many families, including hundreds of children, and it has been orderly and peaceful, with no sign of any danger.

The military says it is deploying 7,000 troops to Texas, Arizona and California, and while it has left open the possibility that the number could grow by another thousand under current plans, the scope of the mission has grown in recent days. On Wednesday, President Donald Trump said he would send as many as 15,000 troops.

Sen. Jack Reed, the ranking Democrat on the Senate Armed Services Committee, said in a letter to Trump on Thursday that his administration has given the committee no evidence that migrant caravans pose a direct security threat to the US

“This is not a military problem; it does not warrant a military solution,” Reed wrote. He said the administration should disclose the cost of the military’s border mission “and what impacts it will have on military readiness and the overall budget.”

With his eyes squarely on Tuesday’s election contests, Trump has rushed a series of immigration declarations, promises and actions as he tries to mobilize supporters to retain Republican control of Congress. His own campaign in 2016 concentrated on border fears, and that’s his focus in the final days of the midterm fight.

Trump has railed against illegal immigration, focusing on the migrant caravans that have been going on for several years but received little attention until now. The largest at the moment consists of about 4,000, down from a high of about 7,000, and is still in southern Mexico. Several smaller groups, estimated at a combined 1,200 people, are farther away.