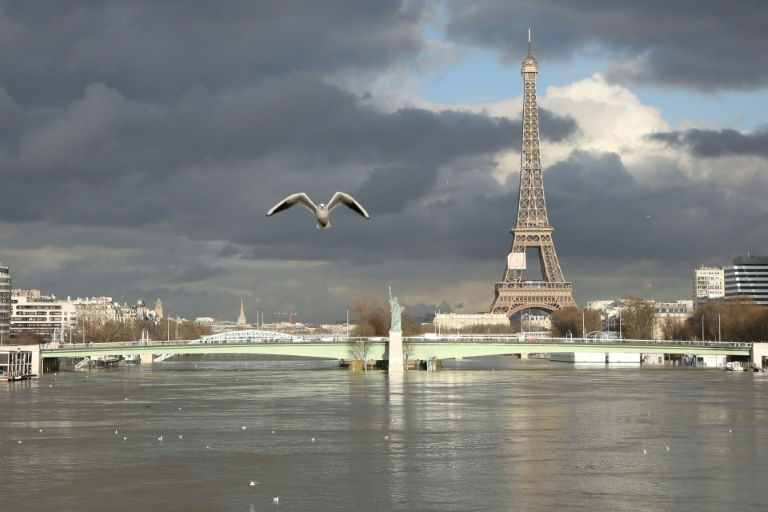 The River Seine peaked Monday at more than four metres above its normal level, leaving a lengthy mop-up job for Parisians after days of rising waters that have put the soggy city on alert.

This December and January have been France's wettest for 50 years, the national weather agency said -- and the saturated ground in the Paris region means that even though the waters are now set to recede, the clean-up will be slow.

"Lessons need to be learned from this," said top Paris official Michel Delpuech. "We know this type of phenomenon will happen again."

Some suburbs of the capital have been turned into lakes, with residents forced to don waders and get around by canoe.

The river rose to 5.85 metres (19.2 feet) early Monday, causing continued headaches for commuters as well as people living near its overflowing banks. 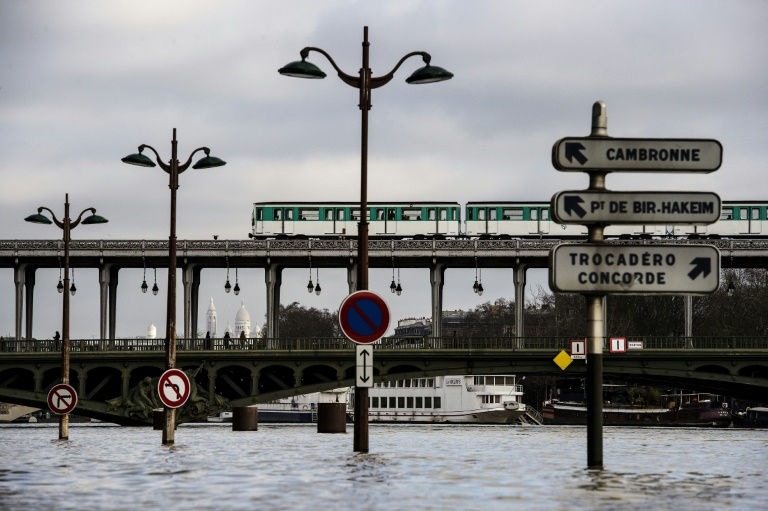 The Vigicrues flooding agency said the river would stay at its current level throughout the day before beginning to recede Tuesday.

Despite the improving weather after weeks of lashing rains, water levels are likely to stay high for at least another week, the agency said.

Around 1,500 people have been evacuated from their homes in the greater Paris region, according to police, while 1,900 households have lost electricity. 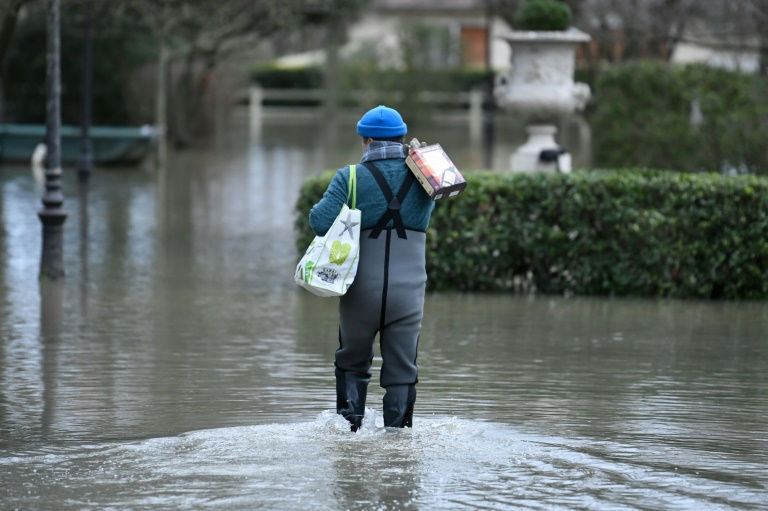 Tourists have also suffered with the capital's river cruise boats out of service and its pretty riverside walkways deep underwater, although plenty have come to goggle instead at the swollen Seine and snap photographs.

The river did not quite reach the 2016 high of 6.1 metres, when priceless artworks had to be evacuated from the Louvre.

But the world's most visited museum was still on alert, along with the Musee d'Orsay and Orangerie galleries, with the lower level of the Louvre's Islamic arts wing closed to visitors. 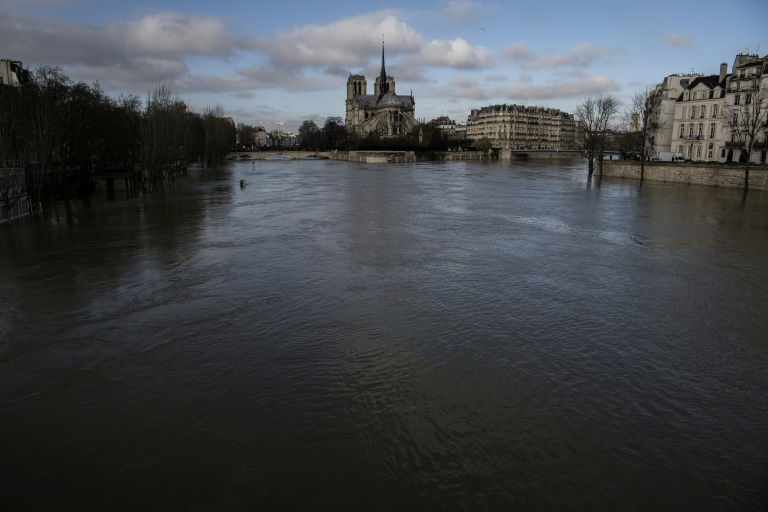 The Zouave, a statue of an Algerian French army soldier from the Crimean War that has guarded the river at the Pont d'Alma bridge in central Paris since 1910, was drenched up to the thighs in the muddy waters.

"Fluctuat nec mergitur (tossed but not sunk) but it's cooold," the Zouave statue tweeted from an account set up in its name by an anonymous admirer, using the city's Latin motto.

Police warned people against bathing or canoeing in the river, saying it was "forbidden and extremely dangerous". 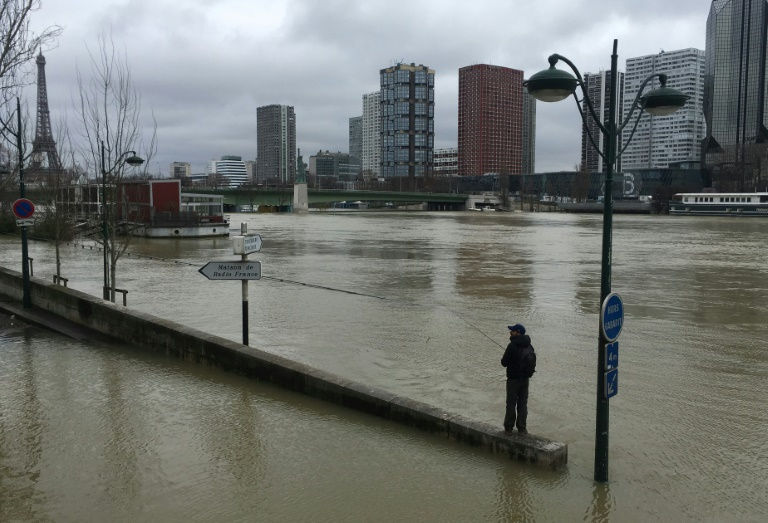 Questions were turning to the potential damage to buildings and infrastructure that have been submerged since the water started rising in early January.

A main commuter line, the RER C, has halted service at Paris stops until at least February 5, while some expressways alongside the Seine have also been closed.

But fears of flooding like that seen in 1910, which saw the Seine rise to 8.62 metres and shut down much of Paris's basic infrastructure, appear unfounded.

In the city centre, the Seine flows through a deep channel, limiting the potential flooding damage.

But several areas on the outskirts were under water, including the southern suburb of Villeneuve-Saint-Georges, where some residents were getting around by boat and dozens have been evacuated from their homes.

Across France, 11 departments were still on flood alert as of Monday.

On the island of Migneaux to the west of Paris, "everyone is getting around by boat," said local Serge Matikhin.