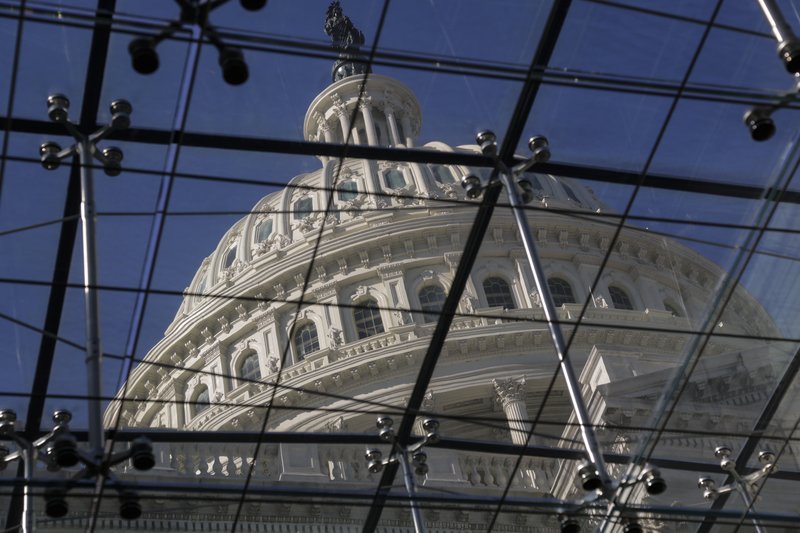 The government shutdown is wreaking havoc on many Americans: Hundreds of thousands of federal employees don’t know when they’ll see their next paycheck, and low-income people who rely on the federal safety net worry about whether they’ll make ends meet should the stalemate in Washington carry on another month.

But if you’re a sportsman looking to hunt game, a gas company planning to drill offshore or a taxpayer awaiting your refund, you’re in luck: This shutdown won’t affect your plans.

All administrations get some leeway to choose which services to freeze and which to maintain when a budget standoff in Washington forces some agencies to shutter. But in the selective reopening of offices, experts say they see a willingness to cut corners, scrap prior plans and wade into legally dubious territory to mitigate the pain. Some noted the choices seem targeted at shielding the Republican-leaning voters whom Trump and his party need to stick with them.

The cumulative effect is a government shutdown — now officially the longest in US history — that some Americans may find financially destabilizing and others may hardly notice.

Russell T. Vought, deputy director of the Office of Management and Budget, said the overarching message from Trump has been “to make this shutdown as painless as possible, consistent with the law.”

“We have built on past efforts within this administration not to have the shutdown be used to be weaponized against the American people,” he said.

Others say such a strategy suggests a lack of urgency and a willingness to let the political impasse in Washington drag on indefinitely.

“The strategy seems to be to keep the shutdown in place, not worry about the effect on employees and furloughed people and contractors, but where the public might be annoyed, give a little,” said Alice Rivlin, who led OMB during the 21-day shutdown in 1996, the previous recordholder for the longest in history.

That’s a clear difference between then and now, Rivlin said.
“We weren’t trying to make it better. We were trying to emphasize the pain so it would be over,” she said. “We wanted it to end. I’m not convinced the Trump administration does.”

The Trump administration earlier this week announced that the IRS will issue tax refunds during the shutdown, circumventing a 2011 decision barring the agency from distributing refunds until the Treasury Department is funded. The National Treasury Employees Union filed a lawsuit, arguing its workers are being unconstitutionally forced to return to work without pay.

Some agencies are finding creative ways to fund services they want to restore.

The administration has emphasized continued use of public lands in general, and particularly for hunters and oil and gas developers, angering environmental groups. The US Fish and Wildlife Service, using funds leftover from 2018, this week announced it will direct dozens of wildlife refuges to return staffers to work, ensuring planned activities on those lands, including organized hunts, continue.

Barbara Wainman, a spokeswoman for the agency, said most refuges have remained accessible to hunters throughout the shutdown, and the decision to staff them was made based on three criteria: resource management, high visitation and previously scheduled programming, which includes organized hunts and school field trips. Wainman said 17 of the 38 refuges have scheduled hunts that would have been canceled without the restaffing effort.

The IRS is using user fees to restore the income verification program, used by mortgage lenders to confirm the income of a borrower and considered a critical tool for the banking industry. After national parks were left open but unstaffed, causing damage to delicate ecosystems, the National Park Service announced it would take “an extraordinary step” and use visitation fees to staff some of the major parks. And despite the shutdown, the Bureau of Land Management is continuing work related to drilling efforts in Alaska.

Trump has refused to sign spending bills for nine of the 15 Cabinet-level departments until Congress approves his request for $5.7 billion in funding to build a wall along the US-Mexico border. Democrats have refused. The president initially said he would be “proud” to own the partial shutdown, but he quickly shifted blame onto Democratic leaders and has flirted with taking some extraordinary measures to find money for the wall. Although most Republicans have stood by the president, others have expressed discomfort with the strategy.

The focus on services that reach rural voters, influential industries and voters’ pocketbooks is intended to protect Republicans from blowback, said Barry Anderson, who served as assistant director of the Office of Management and Budget from 1988 to 1998.

During the 1996 shutdown, Anderson said, he and others met each day to review which offices and services should be deemed essential. He said tax refunds never made the cut.

“A government agency may employ services in advance of appropriations only when there’s a reasonable connection between the functions being performed and the safety of human life or protection of property,” he said. “How does issuing tax refunds fall under either of those categories? It’s not a human life or property issue. I don’t know the proper word: surprised, aghast, flabbergasted.

“This,” he said, “is to keep Republican senators’ phones silent.”

OMB has held regular conference calls with agencies and is fielding a high volume of requests for services they’d like to resume. In addition, OMB officials are intentionally working to legally reopen as much of the government as possible, according to a senior administration official, adding that agencies are permitted to update their lapse plans as the shutdown progresses. The official was not authorized to discuss the internal discussions publicly and spoke on condition of anonymity.

Across the government, agencies are scrambling. The Food and Drug Administration has scaled back on food inspections. The Department of Agriculture recently announced that the Supplemental Nutrition Assistance Program, which provides food aid to nearly 40 million low-income Americans, will continue to operate through February because of a loophole in the short-term spending bill, which expired Dec. 22. But should the shutdown stretch into March, the department’s reserves for the program, $3 billion, won’t cover a month of benefits for all who need them. Other feeding programs, such as school lunch, food distribution and WIC, which provides nutrition aid to pregnant women, mothers and babies, are also in jeopardy should the shutdown last until March.

Hundreds of federal contracts for low-income Americans receiving housing assistance are expiring. The Department of Housing and Urban Development is unable to renew them and has instead directed private owners to dip into their reserves to cover shortfalls.

As time goes on, more and more programs will become vital, said Linda Bilmes, a public policy professor at the Harvard Kennedy School, and the meaning of what’s essential will shift.

“Even apart from the fact that there may be particular instances of things that are being manipulated for political purposes,” she said, “there are also realities that government agencies are facing as they reassess what is absolutely essential to do now that we’re here, with no immediate end in sight.”