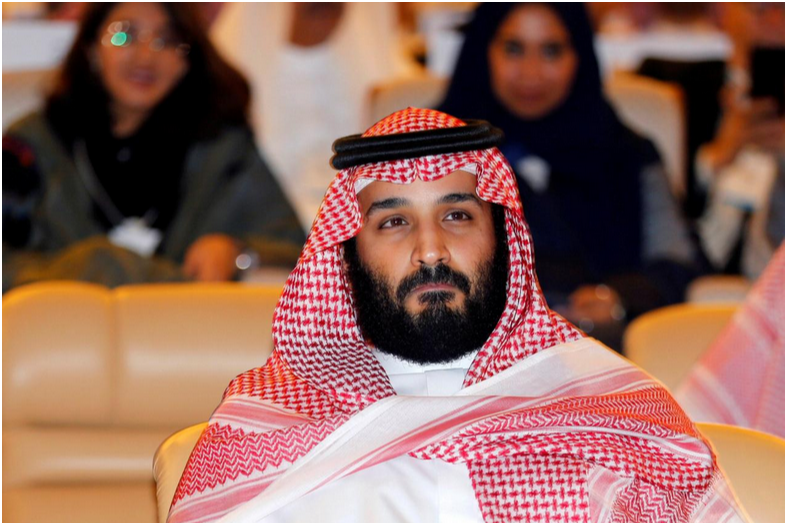 An unwieldy sale process and onerous ownership rules are discouraging some potential investors from bidding for Saudi Arabia’s state-owned grain mills, sources close to the firms say, in a potential snag for the kingdom’s economic reforms.

Crown Prince Mohammed bin Salman wants to modernize Saudi Arabia and reduce its dependence on oil. The kingdom is selling assets worth about $300 billion to fund the plan and potential foreign investors and bankers are watching the sales closely.

The grain mills on sale come under the kingdom’s monopoly state grain buyer the Saudi Grains Organisation (SAGO), one of the world’s largest wheat and barley buyers.

But one agribusiness giant which previously expressed an interest is now hesitating following the publication last week of preliminary sale guidelines which stipulate that the mills must remain majority Saudi-owned.

“If that is the deal, then the answer will clearly be a ‘no’,” a source close to one of the large agribusiness firms potentially interested in bidding told Reuters.

The document with the guidelines, described as indicative criteria for investors, was posted on SAGO’s website.

Another Middle East-based grain trader said after reading the document: “It can’t really be a whole-hearted privatization if the Saudi partner remains in control.”

Prospective foreign bidders were made aware from the start of the process by bank HSBC (HSBA.L), SAGO’s financial adviser for the sale, that they would require Saudi involvement to bid.

As a result, ADM partnered with Saudi Arabia’s Almarai 2280.SE, while Bunge teamed up with Arasco, Reuters reported this year.

But the source close to one of the large agribusinesses said the company had understood there would be room for negotiation on the level of Saudi ownership.

HSBC declined to comment on the sale process and whether the majority ownership rule was flexible.

An adviser to a consortium potentially interested in SAGO said the document suggested there was less room for negotiation than previously understood, even though it had been clear from the start the kingdom wanted to retain control of food security.

The document was designed to elicit market feedback as part of a consultative approach to the privatization, a source close to the sale process said.

Large grain market players’ interest in SAGO’s mills comes as Saudi Arabia grows increasingly dependent on grain imports. The kingdom has become a major importer of wheat and barley since abandoning plans in 2008 to become self-sufficient - as farming in the desert was draining scarce water supplies.

SAGO imports Saudi Arabia’s entire wheat supply of about 3.5 million tonnes a year. It has said that demand for wheat is expected to grow at an annual rate of 3.2 percent to reach 4.5 million tonnes by 2025, largely due to population growth.

Despite the opportunities for growth, some of the initial enthusiasm in the SAGO sale has cooled over concerns about the majority Saudi ownership rule, as well as other aspects of the sale structure.

SAGO has previously said it would sell its milling operations by placing them in four specially formed corporate entities, while retaining other functions. The entities would each hold grain silos, feed factories and flour mills.

Two of the sources close to potential bidders said a final decision on the process was still to be made, but they believed SAGO was leaning towards a sale of the entities one by one, rather than together, and this did not sit well with investors.

“The rules of engagement are still not clear. Will they make it all one sale or will they divide it in phases? We don’t know yet,” one of those sources said.

After HSBC asked for feedback from potential bidders on the sequential sale, at least three groups voiced opposition to the plan, according to an adviser to one potential bidder.

The two sources close to potential bidders said the first sale would probably set a level of pricing for the other three, which could be unfair on those bidding further down the line.

No price indications for the milling operations have been given and investors say it is hard to put a precise figure on the value of the assets as SAGO has never been run for profit.

The source close to the sale process said sequential sales would make the bidding process more competitive, benefiting the kingdom.

Investors were also seeking clarity on how long grain subsidies would remain in place and details on non-compete clauses, one of the sources close to a potential bidder said, adding that both needed to be clarified in the sale rules.

HSBC has not publicly disclosed a timetable for the privatization. The source close to the sale process said the schedule for the sale would be disclosed at the “right stage”.

But potential investors said the process had been painfully slow so far. One said that even though no deadline had been set, they had expected the request for qualifications, which kick-starts the process, to have started earlier.

In a statement to Reuters, SAGO said it was continuing its efforts to be “on track without jeopardizing the quality of preparation and readiness” for the privatization, adding that the document with the indicative criteria for investors had been released earlier than originally planned.

In addition to the big names, some regional investors have also expressed an interest in the sale.

Dubai-based Al Ghurair, and a partnership between Abu Dhabi-based Agthia Group AGTH.AD and local conglomerate Olayan Group are among others eyeing the privatization, sources told Reuters, although SAGO is said to be more interested in large global firms that have more experience and market clout.