The White House said Thursday it would withdraw the nomination of a gun-control advocate to lead the Bureau of Alcohol, Tobacco, Firearms and Explosives after nominee David Chipman ran into bipartisan opposition in the Senate. 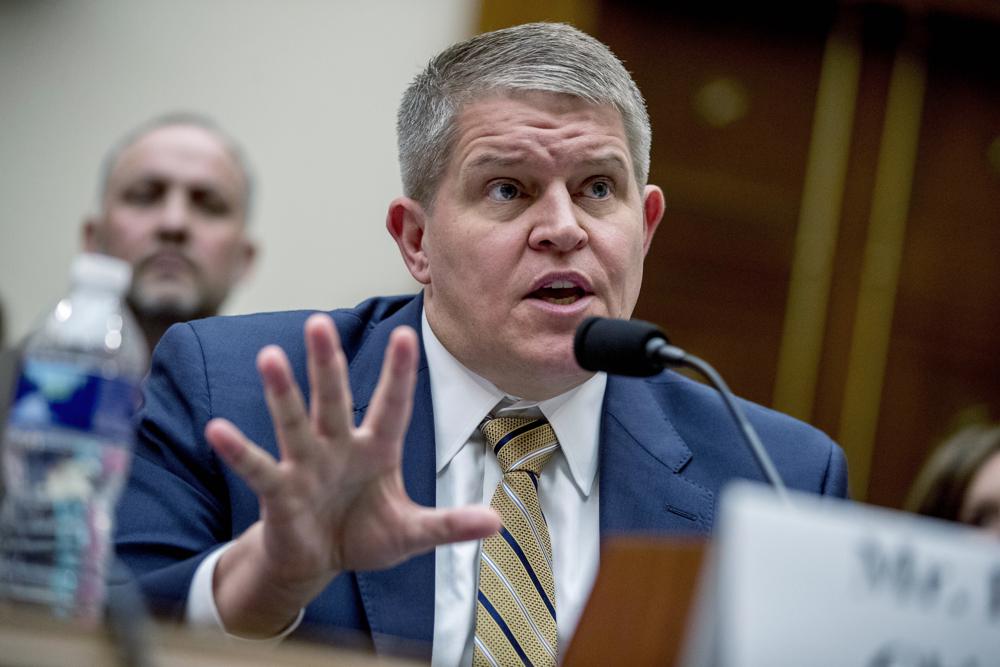 In this Sept. 25, 2019 file photo, David Chipman, a former federal agent and adviser at the gun control group Giffords, speaks at a House Judiciary Committee hearing on assault weapons on Capitol Hill in Washington.(Photo: AP)

Chipman's nomination had stalled for months and he was widely seen as one of the administration's most contentious nominees. The White House and top Democrats had been pushing to save his nomination for weeks but could not secure the necessary votes, with some Democrats saying privately they would not vote for him.

Despite that, President Joe Biden blamed only Republicans. "He would have been an exemplary director of the ATF," Biden said in a statement. "Unfortunately, Republicans in Congress have made clear that they intend to use gun crime as a political talking point instead of taking serious steps to address it. That's why they've moved in lockstep to block David Chipman's confirmation."

Chipman is a former federal agent and adviser at the gun control group Giffords. He won praise from advocates for his work pushing for greater regulation and enforcement on ghost guns, overhauling the background check system and moves to reduce the trafficking of illegal firearms.

But that same advocacy drew opposition from moderate Republicans such as Sens. Susan Collins of Maine and Lisa Murkowski of Alaska, as well as independent Sen. Angus King of Maine, dooming his prospects for confirmation in the 50-50 divided Senate.

In a statement, Chipman said he remained committed to addressing the issue of violent crime and domestic terrorism.

"I knew this confirmation process would be difficult, and while ultimately we weren't successful, it remains essential that ATF is led by a confirmed director who is accountable to the public and places no special interests before the safety of our children and our communities," he said.

The withdrawal continues a pattern for Republican and Democratic administrations who have failed to get nominees through the politically fraught process since the director's position was made confirmable in 2006. Since then, only one nominee, former U.S. Attorney B. Todd Jones has been confirmed. Jones made it through the Senate in 2013 but only after a six-month struggle. Jones was acting director when then-President Barack Obama nominated him in January 2013.

The nomination of Chuck Canterbury, a former president of the Fraternal Order of Police, by then-President Donald Trump was withdrawn in 2020 over Republican concerns about his gun rights stance.

The withdrawal of Chipman's nomination leaves the chief firearm and explosive investigation agency without a confirmed leader at a time when the Biden Administration has made gun violence enforcement a priority, but with limited resources.

Earlier this year Biden announced a series of executive actions aimed at what he called an "epidemic and an international embarrassment" of gun violence in America.

The actions amounted to a fraction of the ambitious gun control agenda he proposed as a candidate and underscored his limited power to act alone on guns with difficult politics impeding legislative action on Capitol Hill.

Biden has urged Congress to tackle a number of issues, including expanded background checks and banning assault weapons and high-capacity magazines.

But with an evenly-divided Senate — and any gun control legislation requiring 60 votes to pass — Democrats would have to keep every member of their narrow majority on board while adding 10 Republicans.

A person with knowledge of discussions with Chipman said he had been offered a position at Justice but turned it down. The person spoke on condition of anonymity because the person was not authorized to speak on the record.