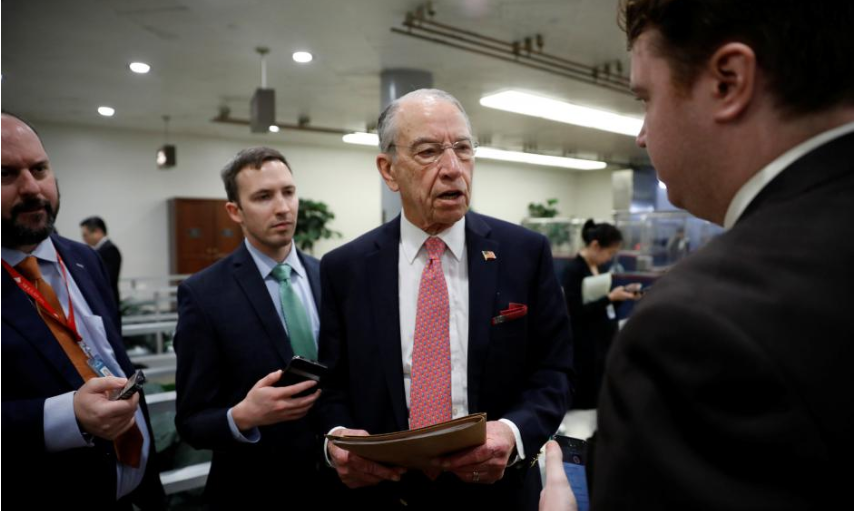 A US Senate committee on Wednesday released hundreds of pages of transcripts and other details from its investigation of a meeting at Trump Tower in June 2016 with Russians who claimed to have damaging information about Hillary Clinton, President Donald Trump’s Democratic rival for the presidency.

The transcripts also included interviews with Glenn Simpson, a co-founder of Fusion GPS, which researched Trump’s ties to Russia and produced a dossier denounced by the White House, and Robert Goldstone, a music publicist who said he had information about Clinton, and written responses to questions from the committee from Natalia Veselnitskaya, a Russian lawyer who attended the meeting, and Anatoli Samochornov, her translator.

During his interview, Trump Jr., the president’s eldest son, was asked about communications from Goldstone about offers of support from “important” Russians as Trump emerged as the front-runner for the Republican nomination during the primaries.

Trump said, however, that he would have taken such a message only as “general well-wishing,” not a concrete offer of help.

The committee said that Trump’s son-in-law and close adviser, Jared Kushner, and Paul Manafort, his former campaign manager, declined to be interviewed but submitted material relevant to the investigation.

The interviews were conducted between July 2017 and March 2018.

Grassley had said in January he wanted to release the transcripts of the interviews. His committee is one of three congressional panels investigating the intelligence community’s finding that Russia sought to interfere in the 2016 election to boost Trump and whether Trump associates colluded with Moscow.

The June 2016 Trump Tower meeting has been central to those probes.

Russia denies trying to influence the election. Trump dismisses any talk of collusion.