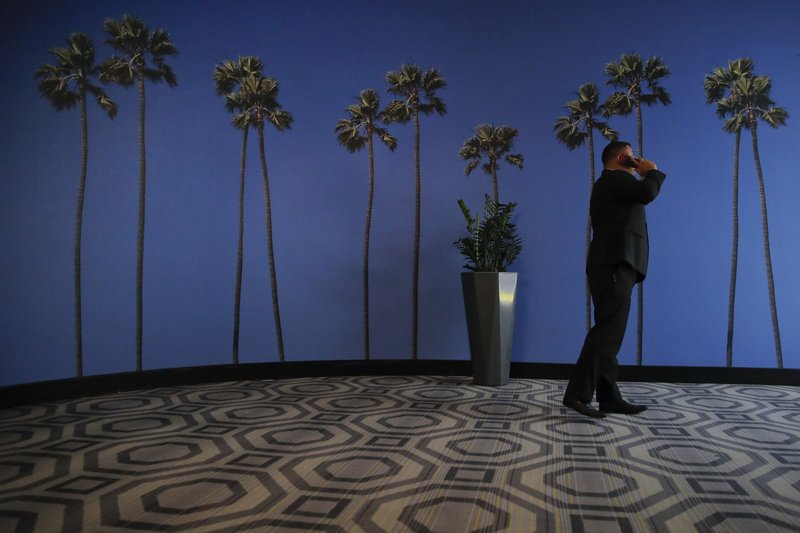 A man talks on the phone in a hallway adorned with the palm tree-printed wallpaper at a hotel near the Los Angeles International Airport in Los Angeles, May 4, 2018. The Senate has passed a bill that cracks down on robocalls, a persistent and costly problem for Americans. The bill has already passed the House and now goes to President Donald Trump for his signature. (Photo: AP)

The Senate on Thursday passed a bill that cracks down on robocalls, a persistent and costly problem for Americans, and is sending it to President Donald Trump for his signature.

The bill is one of several measures that federal and state government and the telecom industry are taking to protect Americans from the billions of scam calls made each month.

The bill, which passed the House earlier this month, requires phone companies to offer free call-blocking apps and verify that the number calling you is real. That’s an issue because fraudsters fake numbers to look as though they’re coming from the IRS or others to trick you.

The bill also strengthens enforcement tools against robocallers, by giving the Federal Communications Commission more opportunities to fine robocallers and bringing together different government agencies and state attorneys general to combat the problem.

The FCC has already told phone companies that they can block unwanted calls without getting customers’ permission first, which could help increase the use of phone-blocking apps. That did not require the tools be made free. The agency has said it expected the deployment of a new phone-number system to begin this year. Many major phone companies have begun rolling it out, but to work well all carriers must adopt it.

The phone industry trade group, USTelecom, applauded the bill’s passage, saying it “will supercharge” the fight against robocallers.