WORLD Senate poised to vote to keep government running into 2019

Senate poised to vote to keep government running into 2019

The Senate was prepared to vote Wednesday on legislation to temporarily fund the government, a key step toward averting a federal shutdown after President Donald Trump backed off his demand for money for a border wall with Mexico. 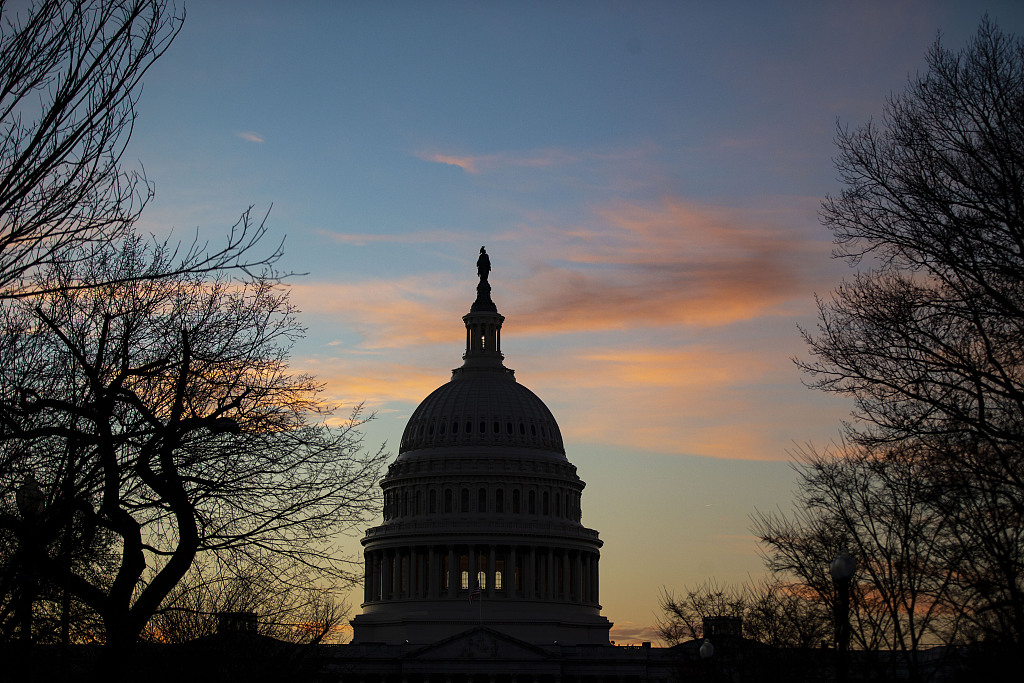 Senators were poised to approve the measure, which would keep government running to Feb. 8, but voting stalled amid negotiations on other provisions. The House is also expected to move before Friday's deadline, when funding for a portion of the government expires. Without resolution, more than 800,000 federal workers would face furloughs or be forced to work without pay, disrupting government operations days before Christmas.

While the White House indicated Trump was open to reviewing whatever Congress could pass, Trump did not immediately weigh in on the short-term plan.

Many of Trump's supporters were frustrated that he appeared to retreat on his shutdown threats after promising a fight over the wall, which had been central to his presidential campaign. Just last week Trump said he would be "proud" to shut down the government over his demand for $5 billion for the wall. Some allies described the move as caving on his pledge, expressing concern that it could hurt Trump's 2020 prospects.

On Twitter, Trump appeared to respond to criticism by insisting that "one way or the other, we will win on the Wall!"

Trump counselor Kellyanne Conway also faced tough questioning on "Fox & Friends," the morning show known to be one of Trump's favorites, with host Brian Kilmeade saying Wednesday that Trump has "no leverage," while Ainsley Earhardt asked why Trump was "softening" his position.

Senate Majority Leader Mitch McConnell, R-Ky., portrayed the short-term spending measure as a "simple" bill that would show that Republicans, who control Congress now, will finish the year by not prolonging a potential crisis.

"Republicans will continue to fill our duty to govern," McConnell said.

It was unclear how many House Republicans would return to Washington for votes after losing their majority in the midterm election. Passage could depend on Democrats.

Should the legislation become law, the border money fight would drag into the next Congress, which could prove even more difficult for Trump.

Pelosi will probably be able to quickly win approval of a longer-term measure to keep government running in 2019.

"Democrats will be ready to fully, responsibly fund our government in January," Pelosi said in a statement.

As some Republicans grumbled that Trump caved, McConnell lashed out at Democrats for failing to give Trump any of the $5 billion that he wanted for the wall. The bill keeps funding at current levels, $1.3 billion, for border security and fencing, but not for the wall.

"This seems to be the reality of our political moment," McConnell said. "It seems like political spite for the president may be winning out over sensible policy."

Senate Minority Leader Chuck Schumer of New York said Democrats oppose Trump's border demands because the wall is "inefficient" and because Trump, as a candidate, promised that Mexico would pay for it, which Mexico has refused to do.

But the White House showed its willingness to budge as it became apparent the president did not have support in Congress for paying for the wall.

White House press secretary Sarah Huckabee Sanders indicated earlier this week that Trump did not want to shut down the government. She said the administration was looking at ways to find the money elsewhere, though that was uncertain because it would also likely need congressional approval.

Congress did pass legislation to fund much of the government through the current budget year, until next Oct. 1.

At issue is money for nine of 15 Cabinet-level departments and dozens of agencies, including the departments of Homeland Security, Transportation, Interior, Agriculture, State and Justice, as well as national parks and forests.

The stopgap measure would approve government funding at existing levels for those departments, without a boost for the border. It would include a temporary extension of a national flood insurance program, the Violence Against Women Act and other measures.

Voting was delayed Wednesday as a bipartisan group of lawmakers, mostly from the West, sought to include language reauthorizing a popular program that supports conservation and outdoor recreation projects. The Land and Water Conservation Fund expired Sept. 30, and they've been trying to extend it, either as part of the spending bill or in a separate measure.

Asked if the funding bill would come up for a vote Wednesday evening, McConnell replied, "We're working on it." He said they'd "be in touch" about whether the vote could slip to Thursday.

Several lawmakers have complained that the appropriations process continues to be tangled in partisan politics. Top appropriators had tried to improve the process this year by passing bipartisan bills that would have funded those agencies, as they hoped to stem the cycle of shutdown crises. They lamented having to abandon those efforts for the temporary measure.

Sen. Richard Shelby, R-Ala., the chairman of the Senate Appropriations Committee, said they "worked a long time" on the bills, but hope "evaporated" as the shutdown risk deepened.

Many agencies, including the Pentagon and the departments of Veterans Affairs and Health and Human Services, are covered for the year and would continue to operate as usual. The U.S. Postal Service, busy delivering packages for the holiday season, would not be affected by any government shutdown because it's an independent agency.

Democratic Rep. Nita Lowey of New York, who will take over as Appropriations Committee chairwoman, said she was disappointed that Trump and the Republican Congress "couldn't even complete their final task of funding the government" and instead chose to "kick the can down the road for a third time."