Seoul to buy Israeli radar systems despite thaw on peninsula 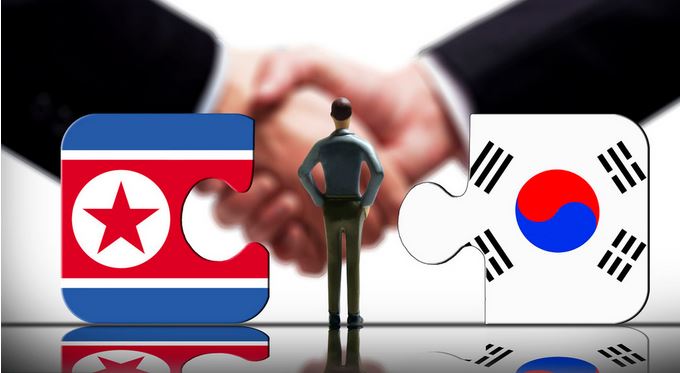 At the critical juncture of the denuclearization process, every move made by the two neighbors on the Korean Peninsula is closely watched and will undoubtedly have a decisive impact on the future of the peninsula.

While Pyongyang is reportedly showing openness to allow inspectors into the country's main nuclear complex, signaling its attempts to push forward the implementation of denuclearization, Seoul, in contrast, is planning to buy two Israeli early warning radar systems, a move seen to reinforces its air defenses against Pyongyang despite fast-improving relations.

Reuters quoted the Republic of Korea's Defense Acquisition Program Administration (or DAPA) on Tuesday as saying the decision to adopt the Green Pine Block C radar systems, built by ELTA Systems, a subsidiary of state-owned Israel Aerospace Industries, was made at a defense acquisition committee.

DAPA did not specify the value of the order, but an official at the defense ministry put it at 330 billion won ($292 million), saying the systems would be deployed in the early 2020s.

The project is intended to boost the ROK capabilities to "detect and track ballistic missiles from a long distance at an early stage", DAPA said in a statement.

Meanwhile, a senior diplomatic source from the ROK on Tuesday told Yonhap news agency that Pyongyang will start to shut down its nuclear sites, and was ready to allow inspectors to witness the process.

Zhao Lixin, a professor and director of the School of International Politics at Yanbian University, noted that the reconciliation on the Korean Peninsula may experience more ups and downs as any perceived duplicity from either side will cast uncertainty on the process of denuclearization.

Zhao noted while Pyongyang is taking an approach to reshape its international image and strike a compromise on denuclearization, Seoul's decision to buy and deploy more weapons may damage the thaw on the peninsula.

"The move shows the country's swing position and its duplicity in the promises to denuclearize the Korean Peninsula," he said.

In addition, the United States said it was "not aware" of Pyongyang's willingness to allow inspectors in and whether there had been new developments.

US State Department spokeswoman Heather Nauert said on Tuesday that she was "not aware of any of that" but Washington still "looks forward to Chairman Kim (Jong-un) fulfilling his commitments".

Washington has stressed the importance of verification as it negotiates with Pyongyang on the denuclearization of the Korean Peninsula, but Pyongyang has accused Washington of showing no interest in lifting or reducing economic sanctions, which it said is "brigandish".