WORLD Seoul to up aid; Israel gets stricter

Seoul to up aid; Israel gets stricter 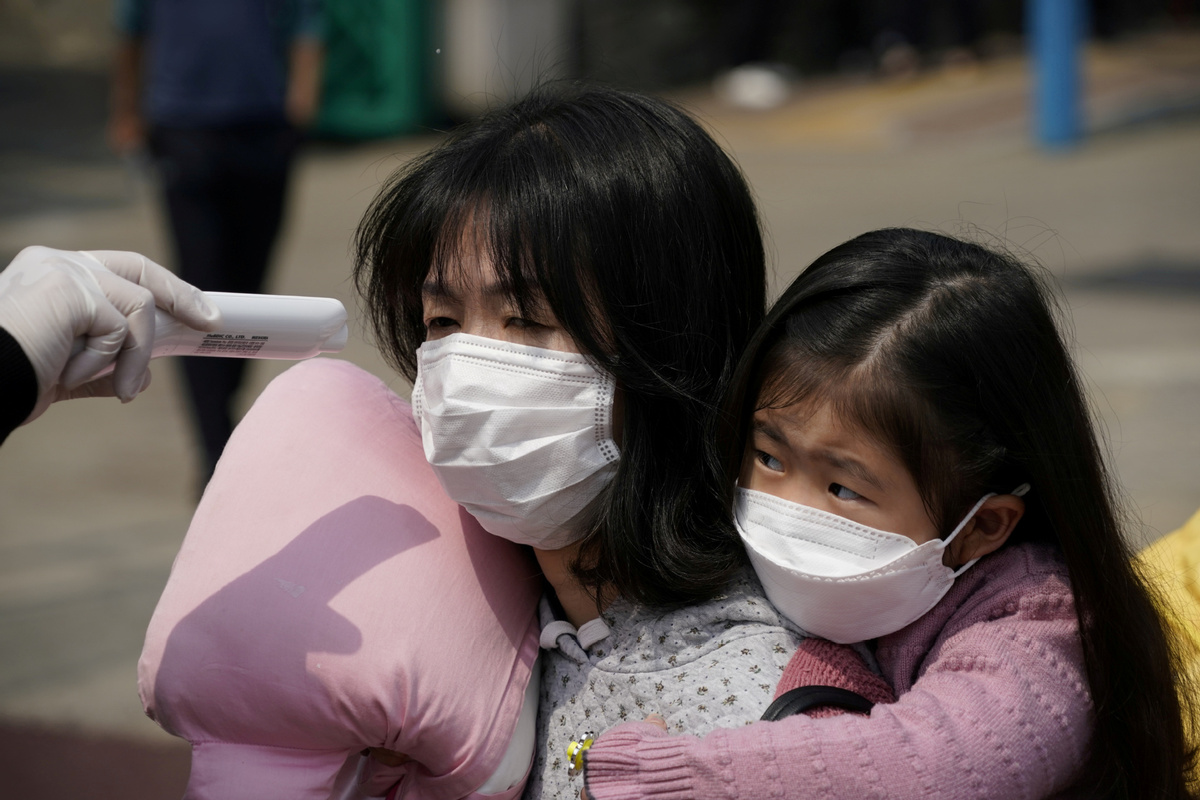 A voter gets her temperature taken at a polling station during the parliamentary election, amid the coronavirus disease pandemic, in Seoul, South Korea, April 15, 2020. (Photo: Agencies)

The South Korean government plans to prepare a third supplementary budget and sharply increase subsidies to keep more citizens in jobs through the course of the novel coronavirus outbreak.

President Moon Jae-in said on Wednesday that a 40 trillion won ($32.4 billion) fund would be created to help businesses keep jobs, while those who had recently lost jobs from temporary positions or freelance work would be eligible for a 500,000 won subsidy for three months.

The aid package announced previously would also rise to 135 trillion won from 100 trillion won to give more liquidity to companies hit by the pandemic, the finance ministry said on Wednesday.

South Korea had reported 10,694 infections as of Wednesday.

In Israel, the Prime Minister's Office announced the tightening of measures to fight the virus ahead of the state's Independence Day on April 29, including a full lockdown that will last from next Tuesday afternoon until Thursday morning.

Total infections in the country were 13,942, after 229 cases were confirmed on Tuesday. The death toll surged to 184. 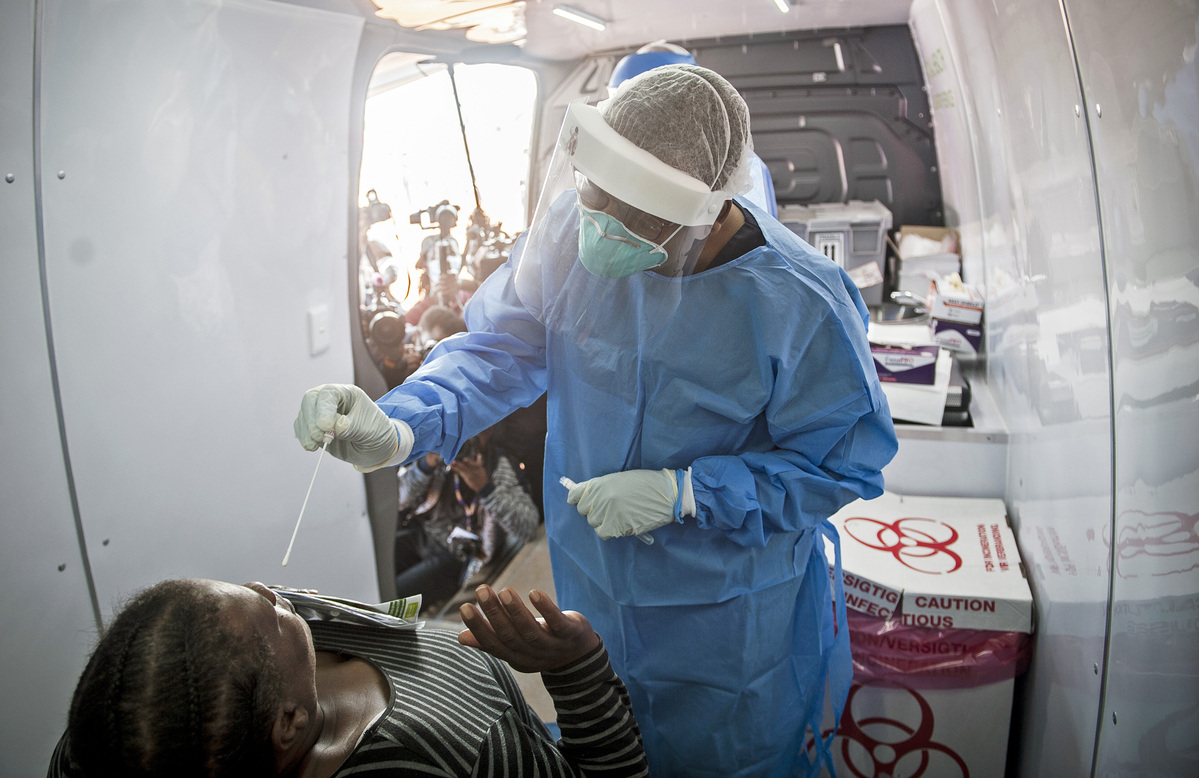 A nurse works on a testing vehicle in Johannesburg, South Africa, on Tuesday. SHIRAAZ MOHAMED/XINHUA

In Africa, more Chinese medical supplies, including medical masks, testing kits, ventilators and other medical equipment, arrived in Algeria on Tuesday night to help the North African country contain the spread of the virus, which has infected 2,811 and killed 392.

In South Africa, President Cyril Ramaphosa on Tuesday said that 500 billion rand ($26.3 billion) would be devoted to relief and economic stimulus measures.

The government is also working on additional support measures for vulnerable and affected sectors like the taxi industry, and aid would be made available to other vulnerable groups, Ramaphosa said.

The virus has killed 58 people and infected 3,465 in South Africa.

In Nigeria, the authorities confirmed 117 new cases in the latest 24-hour period which ended on Tuesday night, the biggest single-day increase since the most populous African country reported its first case on Feb 27.

Meanwhile, all airports in the country will remain closed for two more weeks from Thursday as a result of the extension of the lockdown, Nigerian Aviation Minister Hadi Sirika said on Monday.

So far, the pandemic has hit the capital city of Abuja and 24 states.

In Sierra Leone, President Julius Bio became the second African leader to go into quarantine on Monday after one of his bodyguards tested positive for the virus.

Bio is currently under 14 days of self-isolation and will be working from home, the president's spokesperson said.

Separately, Foday Mansaray, Sierra Leone Ambassador and representative to the International Human Rights Commission died in the United States on Monday due to the coronavirus.