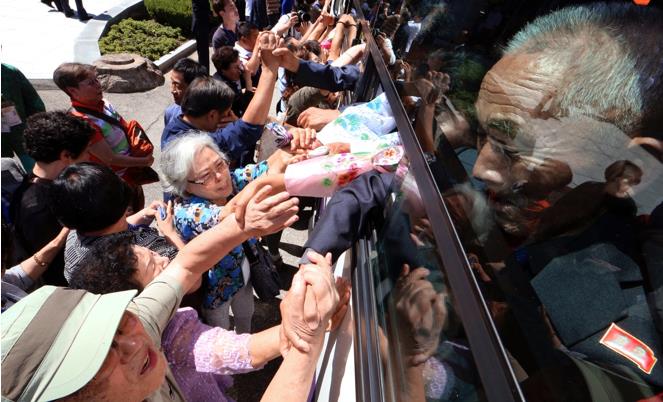 Man from DPRK on a bus holds the hands of his South Korean relatives at the end of the Separated Family Reunion Meeting at the Kumgang Mountain resort in North Korea, August 26, 2018. (Photo: AP)

The second round of the 21st separated family reunion between the Democratic People's Republic of Korea (DPRK) and South Korea ended at DPRK’s Kumgang Mountain resort on the east coast on Sunday.

Park Kyung-seo, the head of the South Korean Red Cross, said Saturday that he and his DPRK counterpart agreed to hold another family reunion event as early as October.

The 21st reunion in two rounds lasted a week amid a thaw in inter-Korean relations. It took two years and ten months since the previous one.

This time, for the first time, the separated families were allowed to spend time together in private, while the rest of the 12-hour meeting was supervised.

The families were separated by the 1950-1953 Korean War when the Korean peninsula split into two sides.

57,000 others were eligible to take part in the reunions but missed out, some for the twentieth time. Attendees from South Korea were chosen by computerized lottery based partly on age and the closeness of the family ties.

Time is running out to meet with family members across the border as those who haven't been selected grow old. “About 3,000 to 4,000 separated family members die each year," Park said. 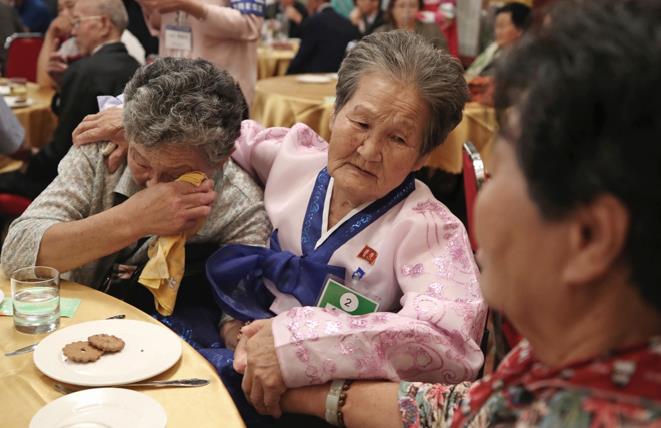 People cried as their reunion came to an end. (Photo: AP)

A combined 20 rounds of face-to-face reunions had been arranged in the past 18 years. Halted in 2015 since tensions grew over DPRK’s nuclear and missile tests, the reunion was renewed when the Panmunjom declaration was signed by the current leaders of the two Koreas at their April summit.

South Korean President Moon Jae-in and DPRK leader Kim Jong-un considered a third summit in September with an expectation of working towards an official declaration of the end of the war and a peace treaty.