WORLD Separations: Trump's bid to galvanize base could backfire

Separations: Trump's bid to galvanize base could backfire 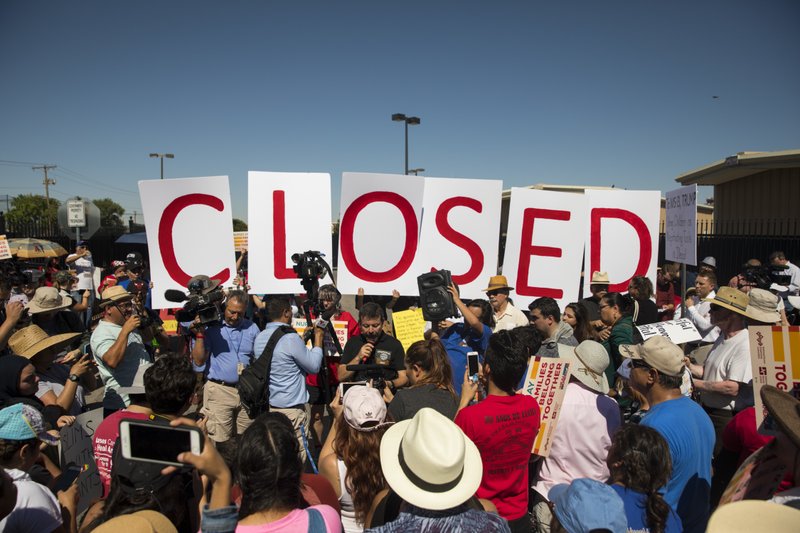 WASHINGTON, June 19 (Xinhua) -- Despite a whirlwind of controversy involving young children separated from their parents who illegally entered the United States, President Donald Trump is digging in his heels. But the bid to shore up his base in the run-up to the midterm elections could backfire, experts have warned.

"Separating mothers from small children is not a winning issue for him," Brookings Institution Senior Fellow Darrell West told Xinhua, referring to Trump.

Recent days have seen a surge in reporting illegal migrants detained and incarcerated in separate facilities with their children. That came after 2,000 children were separated from their parents after their families were detained for trying to enter the United States illegally in April and May. US media have reported such incidents as children being taken away from their mothers' arms during breastfeeding, and children in detention centers crying themselves to sleep.

Despite much controversy, Trump reckons that if he can keep his 2016 coalition intact, he can win the midterms and the next presidential elections. That coalition comprises a mix of loyal GOP lawmakers and die-hard Trump fans who will vote for him no matter what he does. With getting tough on illegal immigration, a core issue among his supporters, Trump is betting big that this will work, wrote Julian Zelizer, a professor at Princeton University, in an op-ed on Tuesday.

"Trump is seeking to galvanize his base with hardline immigration enforcement," West said. "He believes the public wants him to crack down on illegal people entering the country."

However, this bid to solidify his base could well backfire, some analysts argue, as the images being broadcast by US media of children being pulled away from their parents are often heart-wrenching.

"The stories of babies being pulled away from nursing mothers and children crying over separation from their mothers are heartrending," West said.

A CNN report cited a lawyer who said a woman's child was taken from her while breastfeeding.

"They have led to many negative media stories and condemnation from every First Lady," West said.

"Even Republicans are nervous this is going to backfire and cost them their congressional majorities. The issue definitely will bring large numbers of Democrats to the polls," West said, referring to the midterm elections.

Indeed, leaders such as Republican senator and 2008 GOP presidential nominee John McCain have chimed in, blasting the family separation policy as an "affront" to American decency.

But that isn't stopping Trump. Just five months away from the midterms, Trump on Tuesday reiterated his support for the policy, tweeting that Democrats are the problem, rather than his policy.

"Democrats are the problem. They don't care about crime and want illegal immigrants, no matter how bad they may be, to pour into and infest our Country, like MS-13," Trump wrote, referring to the infamous and violent gang from El Salvador.

"They can't win on their terrible policies, so they view them as potential voters!" Trump said of Democrats.

Not everyone, however, agrees that media reports are telling the entire story, and some groups say the story is not so simple.

In an email to reporters, the Center for Immigration Studies said that border apprehensions of adults bringing children with them "skyrocketed during the (former US President Barack) Obama administration, from about 15,000 in Fiscal Year 2013 ... to more than 75,000 in FY 2017."

"Before the Obama years, it was rare for a parent to bring children with her when trying to infiltrate the US border. No parent, after all, would subject her children to such risks unless there was an incentive to do so," the center said, adding that changed under Obama.