The New York Police Department (NYPD) reported 152 shooting incidents in the city in September, a 127 percent increase over the 67 shootings that occurred in the same month last year. 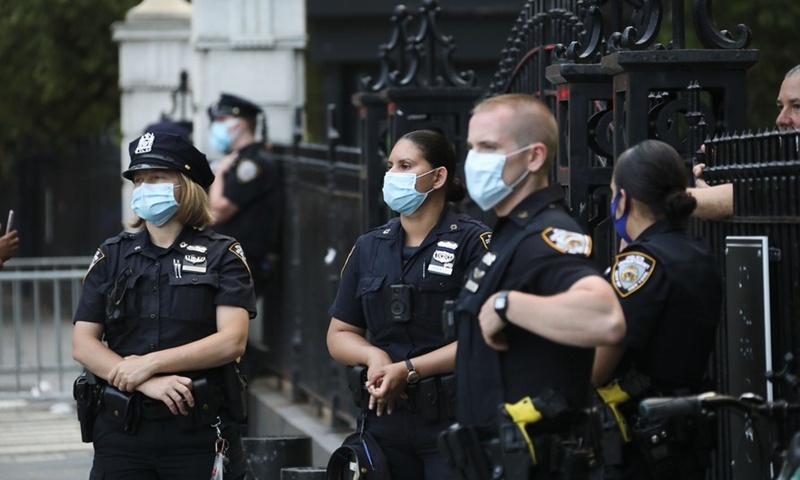 Coming with the shooting spike was an increase in murders, with 51 incidents reported last month, up from 29 homicides recorded in September 2019, according to the NYPD's latest crime statistics.

In addition, NYPD officers made 607 gun arrests this September, the highest monthly total since the department launched its CompStat crime tracking program in 1994.

Law enforcement officials explained that officers refocused their efforts "on the drivers of serious crime and taking illegal firearms off the streets."

According to public figures, the NYPD lost 2,500 officers due to attrition and budget-related cutbacks.

"I thank the men and women of the NYPD who work relentlessly, day in and day out, to keep New Yorkers in every neighborhood safe. We will continue to address crime upticks and work in close partnership with the residents we are sworn to serve," Police Commissioner Dermot Shea was quoted by local media as saying.

While shootings surged, crime in the transit system plunged by 51.5 percent this September, with 113 incidents reported. That came as the MTA continued to slowly recover from a 90 percent slide in ridership in March and April, at the peak of the COVID-19 pandemic.

Meanwhile, NYC's overall crime for September 2020 rose by 2.4 percent over the same month last year, with a total of 8,952 major crimes reported.