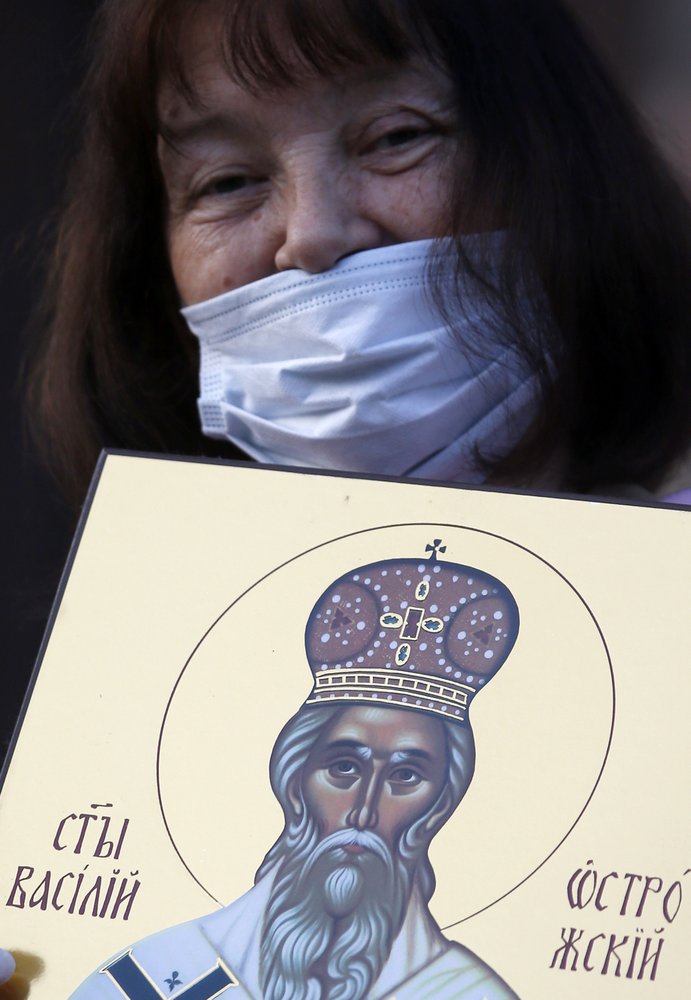 A woman holds an icon during a protest after the arrest of the Serbian Orthodox Church priests in Montenegro, in Belgrade, Serbia, Thursday, May 14, 2020. (Photo: AP)

A Montenegrin prosecutor on Friday released from detention a Serbian Orthodox Church bishop and eight priests whose arrest sparked protests and clashes with police.

The priests were detained three days earlier after they led a service that was attended by a few thousand people despite a ban on large gatherings due to the coronavirus outbreak.

The arrests have fueled tensions between the government and the Serbian Orthodox Church in Montenegro over a religious law that the church says would strip it of its property. The government has denied this.

Several hundred people gathered late Friday in the western town of Niksic waiting for Bishop Joanikije and other priests as they came out of detention.

“Thank you for your support and love!” the bishop told the crowd that surrounded him.

Niksic and other towns had seen protests when the priests were detained, and dozens of people were taken into custody and police officers were injured in the clashes.

A country of 620,000 people, Montenegro split from much larger Serbia in 2006, but many in Montenegro and Serbia still remain opposed to the split. Montenegro joined NATO in 2017 despite strong opposition from another historic Slavic ally, Russia.