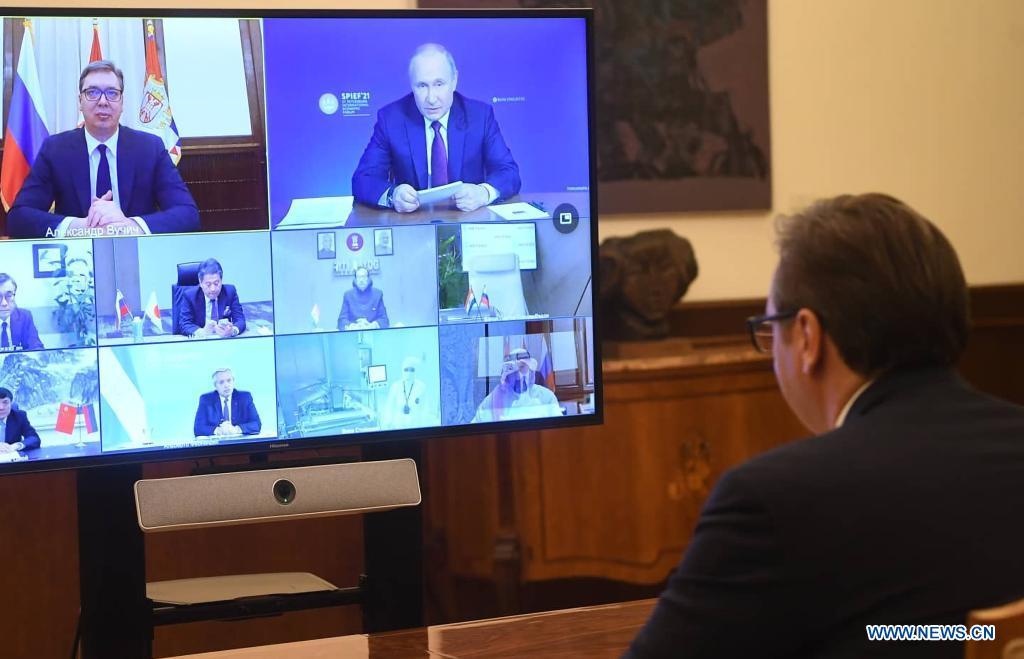 BELGRADE, June 4 (Xinhua) -- The production of Russia's Sputnik V COVID-19 vaccine officially started on Friday at the Institute of Virology, Vaccines and Sera "Torlak" in Belgrade, the Serbian government confirmed in a press release.

The production, launched by the institute director Vera Stoiljkovic, was witnessed by Serbian President Aleksandar Vucic and his Russian counterpart Vladimir Putin, via a video meeting.

"We are witnessing a great step forward for our country Serbia in the fight against COVID-19...After three validation series, we are now starting the organized serial production of four million doses of the Sputnik V vaccine," Vucic said.

Putin said that the fight against the coronavirus requires joint efforts and that Russia is open to cooperation with all countries.

The production of the vaccine was agreed upon in February during a phone call between Vucic and Putin.

So far, over 2 million people in Serbia, or around half of the country's adult population, have been fully immunized against the coronavirus, and many of them received the Sinopharm vaccine from China.