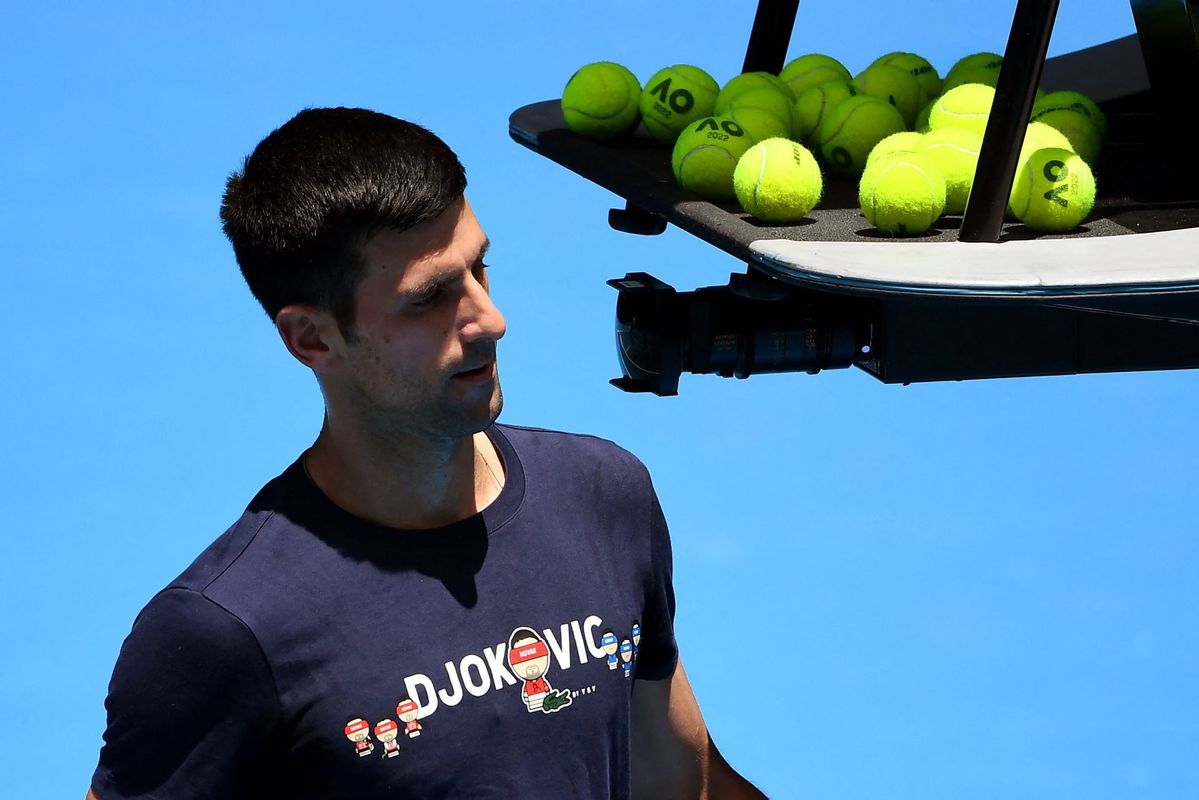 Novak Djokovic of Serbia takes a break during a practice session ahead of the Australian Open at the Melbourne Park tennis centre in Melbourne on January 12, 2022. (Photo: Agencies)

"Why are you mistreating him, why are you taking it out not only on him but also on his family and the whole nation," said Vucic on social media.

The Serbian leader's comments came hours after Australia stripped Djokovic of his visa on Friday and plans to detain him, just days ahead of his bid to win a record-breaking 21st Grand Slam title at the Australian Open in Melbourne.

The move set off a frenzied legal response from Djokovic's team, resulting in a temporary injunction and a federal court hearing scheduled for Saturday morning.

Djokovic, an avowed Covid-19 vaccine sceptic, and the tournament's top seed, had been practising on the Melbourne Park courts just hours before Immigration Minister Alex Hawke's bombshell decision was announced.

Vucic has remained steadfast in his support for Djokovic throughout the drama, calling the earlier detention of the unvaccinated tennis star a "political witch hunt" following the dispute over the 34-year-old world number one's medical exemption.

"If you wanted to ban Novak Djokovic from winning the 10th trophy in Melbourne why didn't you return him immediately, why didn't you tell him 'it is impossible to obtain a visa'?" Vucic added on Instagram.

Djokovic flew into Melbourne on January 5 claiming a vaccine exemption because of a positive PCR test result on December 16.

Border agents rejected his exemption, revoked his visa and placed him in a notorious detention centre where he spent four nights.

The Australian government insists a recent infection does not qualify as a vaccine exemption for foreign nationals trying to enter the country.