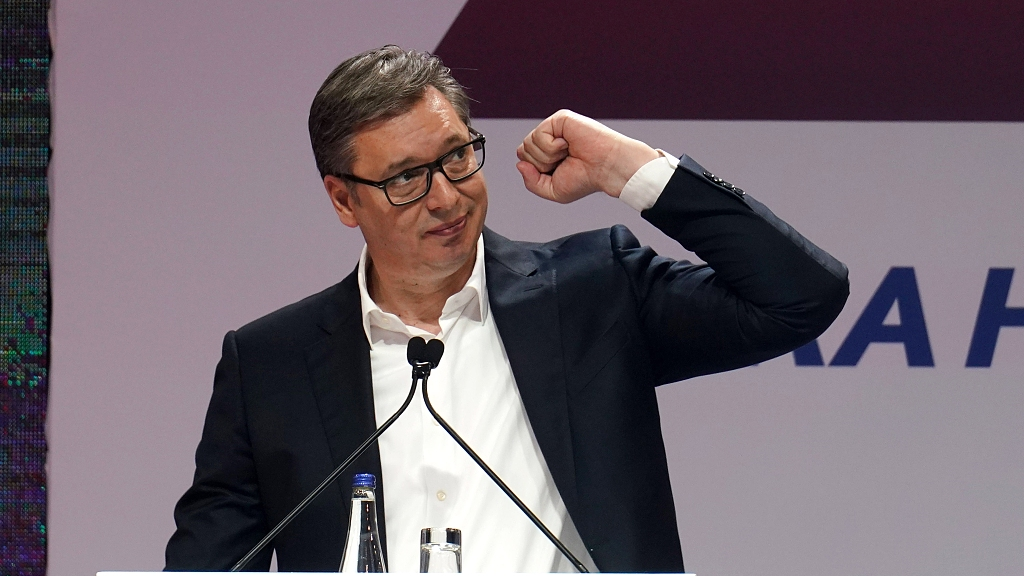 Serbian President Aleksandar Vucic declared his convincing victory on Sunday in the first round of the presidential elections, securing another five-year term.

According to preliminary results of the Serbian Progressive Party (SNS) revealed by Vucic, he won between 59 and 61 percent in the elections, while the coalition around the ruling SNS won 44 percent of parliamentary elections.

"I believe that we are facing numerous challenges, but that the most important thing for Serbia is to have good relations in the region, to continue on the European path, but not to lose traditional friendships," Vucic said in a speech at his party headquarters.