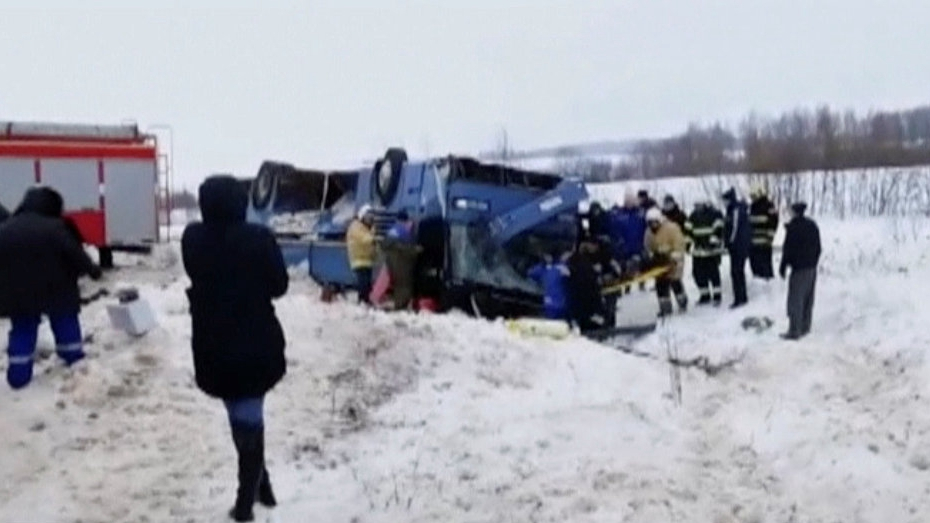 A bus crashed south of Moscow on Sunday, killing at least seven people. Four of the dead are children, and dozens of others were injured and have been sent to the hospital, authorities said.

The bus was carrying 45 people when it tipped over and crashed on a road about 190 kilometers (118 miles) south of Moscow in the morning, officials said.

Preliminary reports say that the driver lost control of the vehicle and skidded off the road. He has been detained pending investigation, RT reported.

Local media reported that the bus was taking the children to a local dance competition in Kaluga.