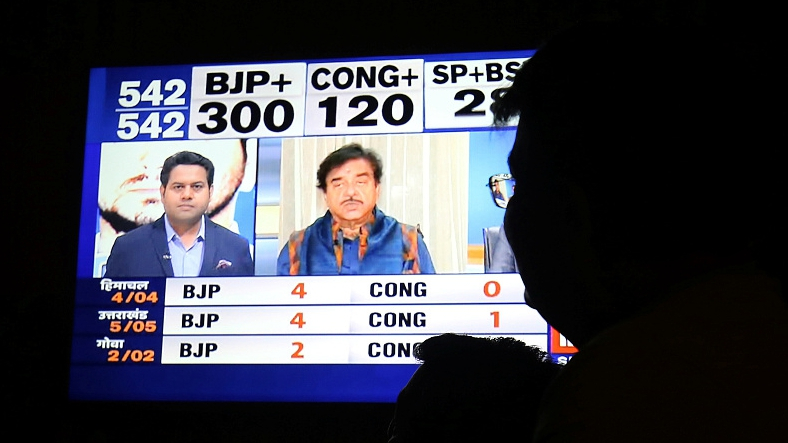 The seven-phased voting in India's lower house elections ended on Sunday, with most exit polls suggesting the Narendra Modi-fronted National Democratic Alliance (NDA) was on course for a comfortable majority.

Not so fast, say opposition parties. Exit polls haven't always been accurate in the past, referring to the defeat of the NDA government in 2004, and while some show the NDA falling short in the 545-seat house (two reserved).

So on Thursday, when the official results of the world's biggest democratic exercise are announced, which factors could prove decisive?

The U.S. has Ohio and India has Uttar Pradesh: The winner of the state normally wins the national election. Uttar Pradesh sends more MPs to the parliament than any other state – in 2014, Modi's Bharatiya Janata Party (BJP) won a massive 71 of its 80 seats. The BJP is expected to lose some MPs this year in the seat-rich state, but will the drop be so big as to threaten an NDA majority?

Modi's BJP won just two of 42 seats in West Bengal in 2014, and the rivalry between Modi and the state's chief minister, Mamata Banerjee, has been explosive. If the BJP is to retain its grip on power it will need to improve its performance. Banerjee's All India Trinamool Congress will again seek to thwart Modi, but exit polls indicate a revival for the BJP in the state that could make up for expected losses in Uttar Pradesh.

Assembly elections in December 2018 saw the resurgence of Congress, the party led by Rahul Gandhi that was decimated in the 2014 general elections. Congress formed majorities in the states of Rajasthan, Madhya Pradesh and Chhattisgarh in the assembly elections last year. These states account for 65 seats out of the total 543 contested and hence, Gandhi campaigned hard in the states ahead of the general elections. But the average of exit polls compiled by Indian news channel NDTV suggested Congress will win only 13 seats in the three states. Will Gandhi's party under-perform or make gains?

Opposition parties have raised doubts about the electronic voting machines (EVMs) used in the polls. On Wednesday, the Election Commission of India (ECI) rejected the demand by 22 political parties seeking 100 percent matching of Voter Verifiable Paper Audit Trail (VVPAT) slips with EVMs during counting of votes on May 23. The petitions came after several videos went viral on social media platforms showing EVMs being transported in private vehicles, with opposition parties alleging irregularities. According to the Election Commission rules, all EVMs, used or unused should be transported in a designated vehicle with designated officials and security personnel. How will the parties respond once the official results are announced?

5. How will markets react?

The slew of exit polls suggesting a victory for Modi saw Indian markets jump and the rupee strengthen against the U.S. dollar. The reaction to the official results will be closely watched by financial analysts, given the array of economic problems the incoming government will face. The economy is cooling and unemployment is at a 45-year high, while both main parties have made big spending pledges.

An estimated 67.11 percent (around 600 million) voters turned out to cast their ballot, according to ECI figures, more than any previous election in India. Another record, women may have cast a majority of ballots for the first time. While the average turnout of men was 68.3 percent in the first four phases of polling held from April 11 to 29, the figure for women was 68 percent, according to the ECI. Levels of female representation in India is set to remain low, however, given that less than nine percent of the more than 8,000 candidates were women.

Exit polls suggest the NDA will win a majority, putting Modi on course to retain his position as prime minister. The scale of any win matters. A big victory – and good result for the BJP – could embolden Modi to push ahead with more radical plans. If the polls are wrong and the alliance falls short, a deal with a powerful regional party would likely be the next step. That could, in turn, weaken Modi.