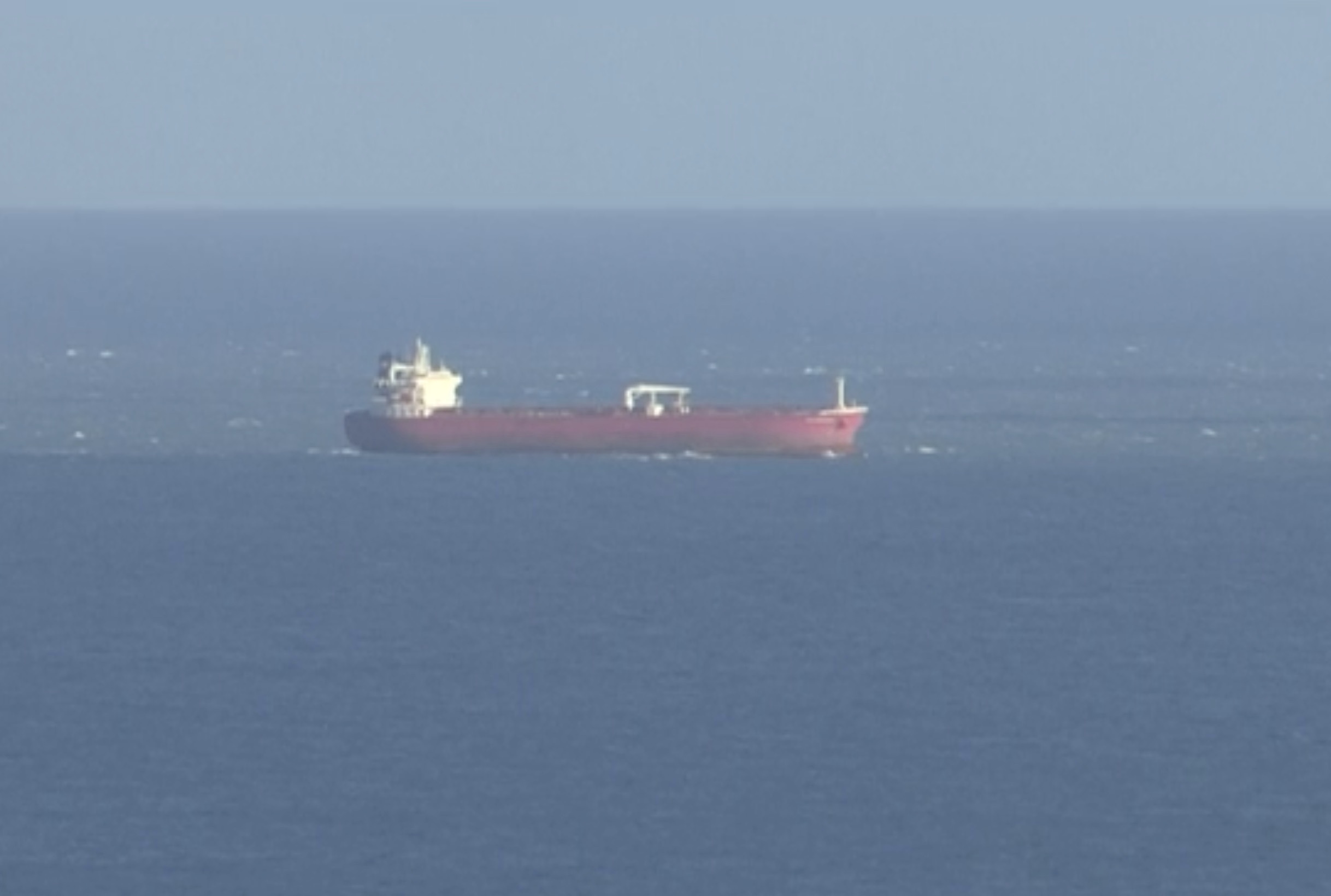 The Nave Andromeda, the ship reported to be involved in the incident, south of Sandown, Isle of Wight, on Sunday October 25 (Photo: SKY News via AP)

British soldiers on Sunday boarded an oil tanker off England's south coast and detained seven suspects, the defence ministry said, after the crew were forced to take shelter from stowaways who threatened them.

The alert was raised for the welfare of the crew of the Nave Andromeda tanker around 1000 GMT after they were forced to retreat to a safe area.

"In response to a police request, the Defence Secretary and Home Secretary authorised Armed Forces personnel to board a ship in the English Channel... that was subject to suspected hijacking," the Ministry of Defence posted on Twitter.

"Armed forces have gained control of the ship and seven individuals have been detained," the ministry said, adding that the crew were "safe and well".

British media said the boat was stormed by the Special Boat Service with 16 personnel boarding the Liberian-registered tanker.

Those arrested were reportedly Nigerian stowaways.

A source on the Isle of Wight off the south coast told Britain's Daily Mail: "The captain clearly stated he feared for (the crew's) lives and needed urgent assistance, they needed rescuing.... It was desperation, you could hear the fear in his voice."

"We should all be grateful for our brave personnel," he added.

"Today we are thankful for the quick and decisive action of our police and armed forces who were able to bring this situation under control," tweeted Home Secretary Priti Patel.

Stowaways "had made verbal threats towards the crew" but "no-one has been reported injured", police in the southern county of Hampshire said earlier, adding that they had imposed a three-mile (five kilometres) exclusion zone around the tanker.

The ship was around six miles off the Isle of Wight, police said.

Britain's coastguard and border protection agencies were also called in to help defuse the incident.

A coastguard spokesman said two helicopters had been sent to support the police.

Law firm Tatham & Co., which represents the ship's owners, told the BBC that the incident was "100 percent not a hijacking".

Rather, the stowaways resisted being locked in a cabin after being discovered, the lawyers added.

A source close to the shipping company also told the BBC that crew had been aware of stowaways on board for some time, but that they had turned violent as the vessel approached Britain.

The crew then retreated to the ship's secure citadel, where attackers are unable to enter, added the source.

The boat left Nigeria last week carrying 42,000 tonnes of crude oil and was due to dock in Southampton earlier Sunday.