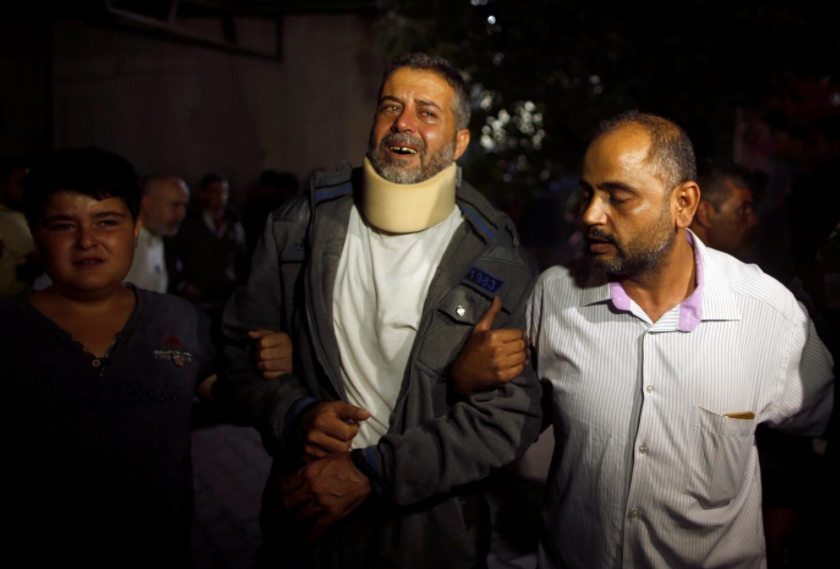 A Palestinian man reacts at a hospital after her relative was killed near the border between Israel and central Gaza Strip October 30, 2017. Photo: REUTERS/Mohammed Salem

Seven Palestinian militants were killed on Monday when Israel blew up what it said was a tunnel being dug underneath the Gaza Strip border.

Hamas said Israel had made a “futile attempt to sabotage efforts to repair Palestinian unity”, a reference to the reconciliation agreement it reached with Mahmoud Abbas, the president of the Palestinian Authority, earlier this month.

However, neither Israel nor Hamas seemed eager to seek escalation. Israel was at pains to point out that its action against the tunnel was carried out on its own side of the border.

“The IDF (Israel Defence Forces) does not intend to escalate the situation but stands prepared for a variety of scenarios,” said Lieutenant-Colonel Jonathan Conricus, an Israeli military spokesman.

“The working assumption is that this is not the only tunnel that Palestinian terrorist organizations are trying to dig.”

The tunnel was being dug from the Gaza town of Khan Younis across the border, where it was blown up, Conricus said.

A source for the Islamic Jihad militant group said the head of the faction’s armed wing in central Gaza was killed along with a senior associate and other gunmen. It vowed revenge saying “all options are open for response.” 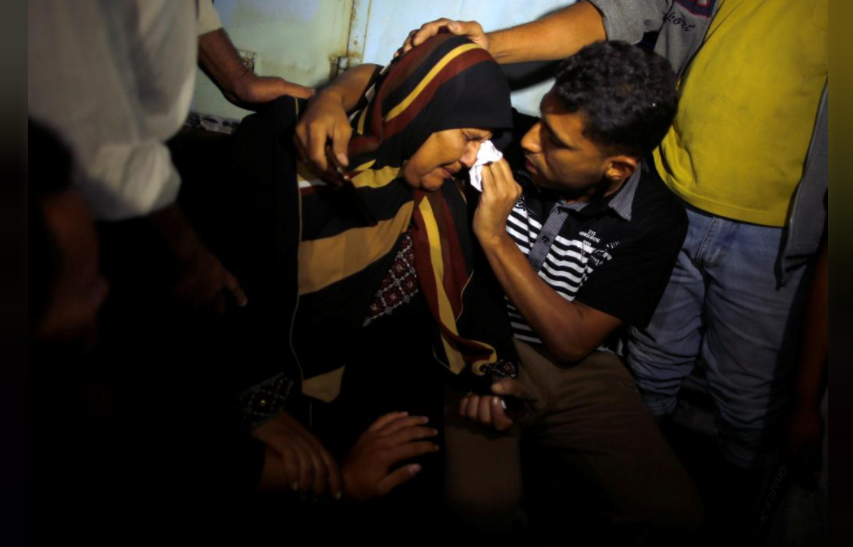 A Palestinian woman reacts at a hospital after her relative was killed near the border between Israel and central Gaza Strip October 30, 2017. Photo: REUTERS/Mohammed Salem

Hamas’s armed wing said two of its gunmen were killed while trying to rescue the Islamic Jihad men working in the tunnel. Gaza health officials said nine people were wounded. It said it would avenge “the blood of the martyrs.”

Israel has been constructing a sensor-equipped underground wall along the 60-km (36-mile) Gaza border, aiming to complete the $1.1 billion project by mid-2019.

During the last Gaza war, in 2014, Hamas fighters used dozens of tunnels to blindside Israel’s superior forces and threaten civilian communities near the frontier, a counterpoint to the Iron Dome anti-missile system that largely protected the country’s heartland from militant rocket barrages.

Israel and the United States have called for Hamas to be disarmed as part of the pact between Hamas and the Palestinian Authority, so Israeli peace efforts with Abbas, which collapsed in 2014, could proceed. Hamas has rejected the demand.

On Saturday, UNRWA, the main U.N. welfare agency for Palestinians, said it had discovered “what appeared to be a tunnel” underneath one of its schools in Gaza on Oct. 15 and had sealed the cavity.