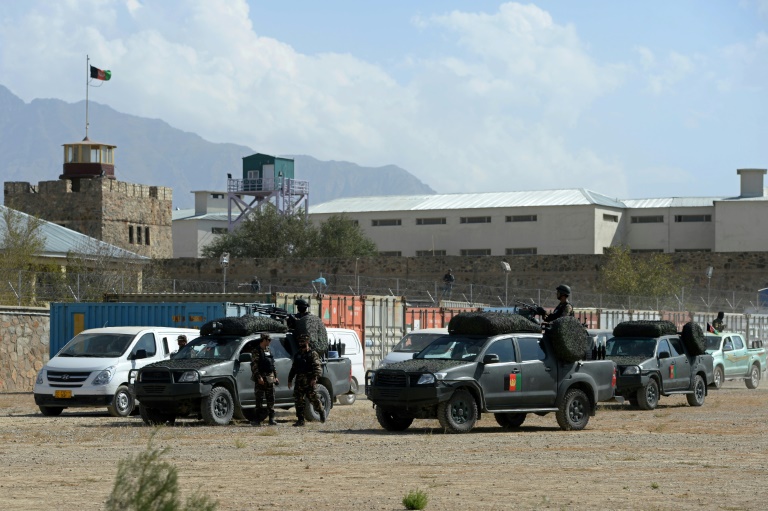 The blast near the Pul-e-Charkhi prison in Kabul, seen here in a file picture, killed at least seven people.(Photo: AFP)

A suicide bomber targeting a bus carrying employees of Afghanistan's biggest prison killed at least seven people on Wednesday, officials said, in the latest militant attack in the war-torn country.

Another eight were wounded in the blast at the entrance to the facility in Kabul, which police spokesman Basir Mujahid said hit a vehicle ferrying Pul-e-Charkhi prison staff.

Among the casualties were police officers guarding the main gate and prison staff.

The attacker was on foot, interior ministry spokesman Najib Danish said. He struck as the bus was entering the jail in the east of the Afghan capital.

The Islamic State group (IS) claimed responsibility for the attack via its Amaq propaganda agency, SITE Intelligence Group said.

IS has claimed most suicide attacks in Kabul in recent months.

The attack comes days after a suicide bomber blew himself up near the entrance of Afghanistan's Independent Election Commission in Kabul, killing at least one person and wounding six.

A wave of election-related violence has killed or wounded hundreds across the country in recent months as the Taliban and IS step up attacks on Afghan security forces and government workers.

Afghanistan's long-delayed parliamentary election, which was held over three days this month, was marred by chaos and deadly attacks.

Two days before voting began on October 20, a Taliban-claimed shooting killed a powerful police chief in the southern province of Kandahar.

General Abdul Raziq was among three people killed in the brazen insider attack on a high-level security meeting in the provincial capital that was attended by General Scott Miller, the top US and NATO commander in Afghanistan.

Miller escaped unhurt, but US Brigadier General Jeffrey Smiley was among 13 people wounded in the shooting, which the Taliban said had targeted Miller and Raziq.

US officials and NATO's Resolute Support mission in Afghanistan were adamant that Miller had not been a target.

Several days later another Taliban-claimed assault killed a NATO soldier and and wounded two others -- all from the Czech Republic -- in the western province of Herat.

The attacks came amid a flurry of US-led diplomatic activity to convince the Taliban, Afghanistan's largest militant group, to negotiate an end to the 17-year war.

Less than two weeks later a top Taliban commander held in Pakistani detention for more than eight years was freed.

A senior Taliban leader told AFP the group had requested the release of Abdul Ghani Baradar and several others at the meeting with Khalilzad.

The group confirmed Wednesday it had appointed five former Guantanamo Bay detainees to its political office in Doha who have authority to "talk about peace".